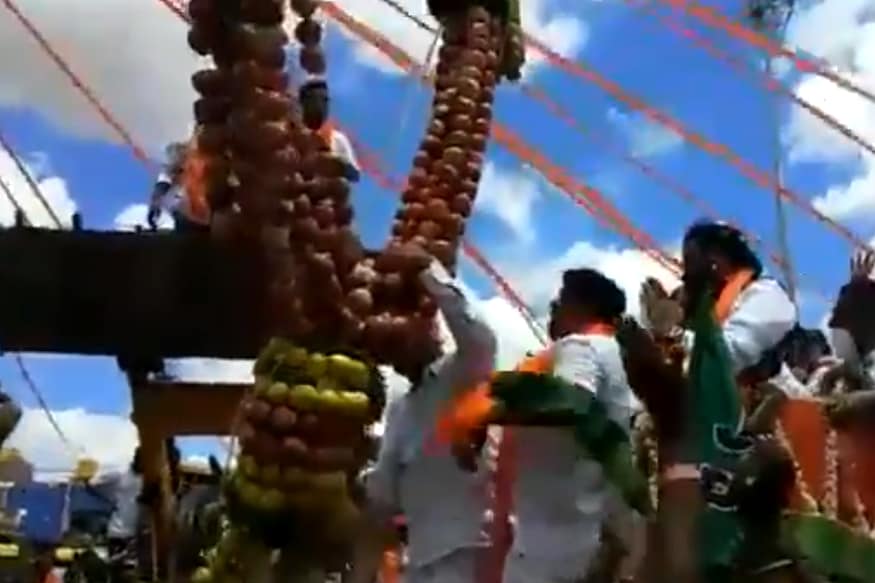 In complete violation of government norms in place to contain the spread of coronavirus, Karnataka Minister of Health and Family Welfare B Sriramulu took part in a mega rally organised to welcome him to Chitradurga district on Tuesday.

The minister was in the district to offer 'baagina' to the Vedavathi river when he was welcomed at Parashuramapura in Challakere taluk.

Sriramulu, who is also the district in-charge minister, waved at his supporters with folded hands as they showered flower petals and shouted slogans and indulged in hooting and clapping all along.

As a huge garland of apples was put around the senior BJP leader, hundreds gathered without any social distancing, many of whom were not even wearing masks.

Karnataka Health Minister B Sriramulu takes part in a procession in Chitradurga; social distancing norms being flouted at the event, amid COVID19 pandemic

Total number of COVID19 positive cases in Karnataka is 3408 pic.twitter.com/9Z5vXNLq6B

The event took place at a time when the government has banned all religious/political gatherings amid the pandemic that has spread rapidly with over 3,400 cases in the state.

"If a minister himself does this, what about the public? They should stop such events and work for the people at this time instead," said former chief minister and Janata Dal (Secular) leader HD Kumaraswamy.

After videos of the event were aired on television channels, the minister addressed the issue during his speech and urged those gathered at the event to follow social distancing at all times.

"You must maintain social distancing whether you are at home or outside. We cannot stop you, but please listen to the Prime Minister (Narendra Modi) and Chief Minister (BS Yediyurappa). Wear masks. Don't touch your children as soon as you reach home. Wash your hands properly," he said.