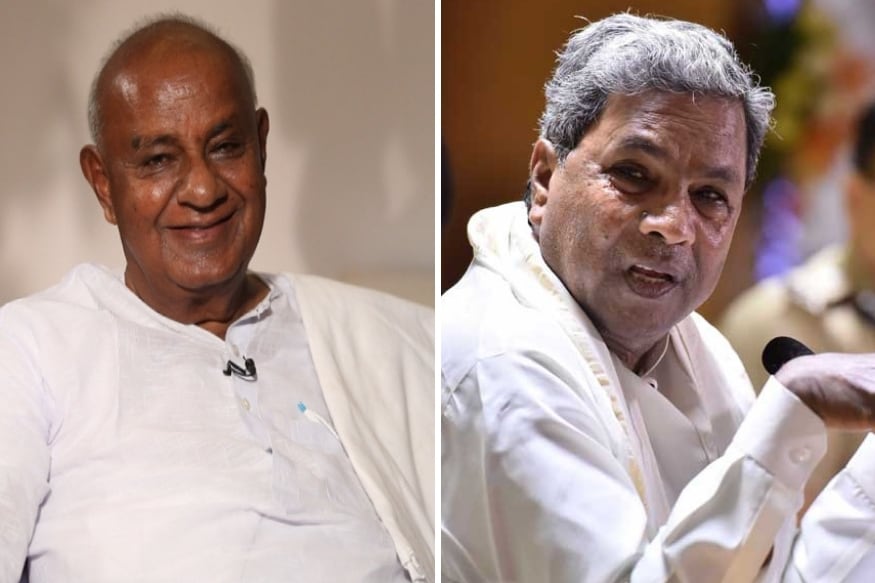 “Siddaramaiah’s close friends say that he did not want the coalition government to run and everyone knows that my son Kumaraswamy and Siddaramaiah always had fights. We should have thought about this while forming the coalition. After (Congress president) Sonia Gandhi decided to put my son in the chief minister’s chair, it has increased differences between Siddaramaiah and Kumaraswamy. Not me, but Siddaramaiah’s friends themselves says this,” Gowda said.

The former PM further said the JD(S) had sacrificed a lot to make Siddaramaiah happy, but nothing helped. “We had given the Pollution Control Board chief’s post to Siddaramaiah’s close associate. We later gave a cabinet portfolio that was reserved for the JD(S). However, even that didn’t satisfy Siddaramaiah. What more can be done? It was Sonia Gandhi’s decision to give the coveted chair to Kumaraswamy and not ours,” Gowda said.

Speaking about the rebellion of Congress and JD(S) law makers who fled to Mumbai and camped at a city hotel there for several days till the coalition government fell, Gowda said, “We had made all the sacrifices for Siddaramaiah, but all of a sudden, his close associates submitted resignations and camped in Mumbai. I don’t need to explain what it means.”

This is the first time Gowda spoke out openly against Siddaramaiah while talking about the coalition’s collapse. Till now, he had been making indirect hints, but had never named the former chief minister on record.

Kumaraswamy, while talking to The Print, said on Wednesday that Siddaramaiah was the reason behind the fate of the coalition government. “For Siddaramaiah, the JD(S) is the first enemy, even before the BJP. He was never happy with the government formation under me,” he was quoted as saying.

It was a known fact that ever since Siddaramaiah was expelled from the JD(S) in 2005, he had been vengeful towards the Gowdas. HD Kumaraswamy and Siddaramaiah are considered arch rivals in Karnataka politics since 2005. However, the Congress in its desperation to keep the BJP out of power had conceded the CM’s chair to the JD(S) even though the former had won more seats.

After the formation of coalition government in May 2018, Siddaramaiah had gone to naturopathy treatment in Dharmasthala. While speaking to some visitors there, he had said the government will not last too long. A video of the conversation went viral in social media and political circles kept talking about it.

With nothing much to lose at the moment, the Gowdas have decided to let down their guard and hit out at the person who was once considered the right-hand man of Deve Gowda.