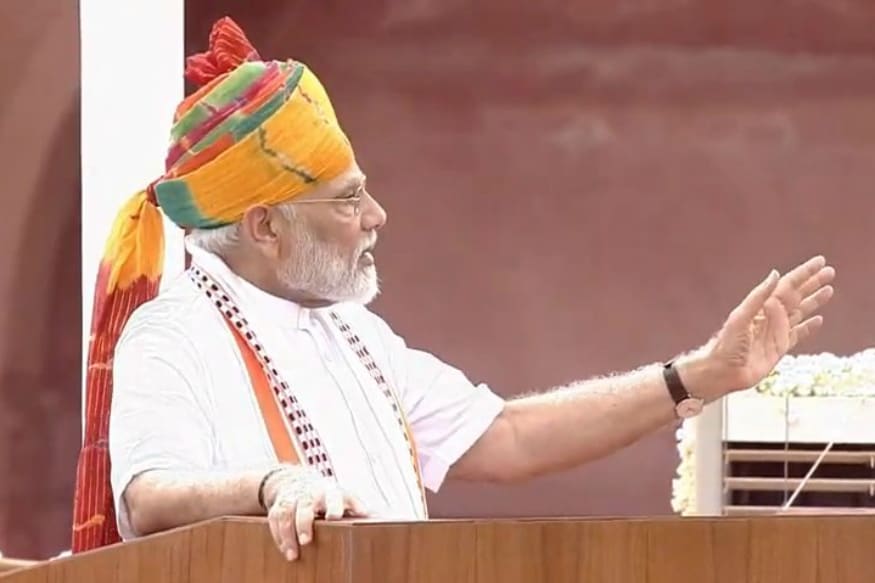 New Delhi: Prime Minister Narendra Modi reserved sharp words for the Congress and other opposition parties in his Independence Day speech on Thursday, questioning why the grand old party didn’t make special status for Jammu and Kashmir permanent during its rule “if it was so important”.

“In the political alleys of India, some kept opposing the revocation of Article 370 and Article 35A. If this was so important, why did you not make it permanent in the last 70 years,” Modi said from the ruins of Red Fort, questioning the opposition’s reaction to scrapping of Jammu and Kashmir’s special status and its bifurcation into two Union Territories.

In the first Independence Day speech of his second term, Modi said his government neither nurses problems nor keeps them pending, saying India has truly achieved ‘one nation, one constitution’ with the Kashmir move.

He added that within 10 weeks of assuming power, his government has taken key decisions such as bringing a new law to ban the practice of instant triple talaq and scrapping provisions of Article 370 with respect to Jammu and Kashmir.

Previous governments made efforts in the past 70 years to deal with Kashmir, but it did not bear results, he said, adding "a new approach was needed".