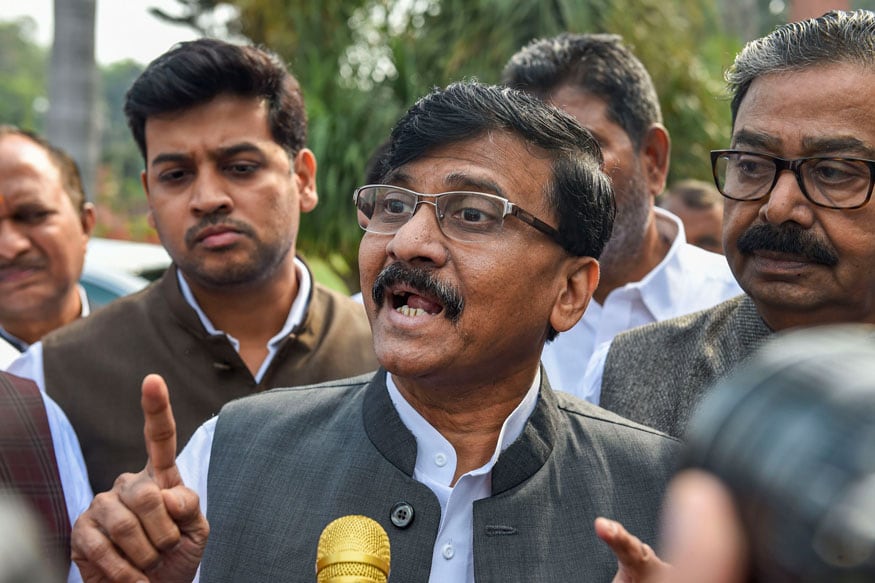 Taking a swipe at the Centre over the plight of migrant labourers amidst the coronavirus-induced lockdown, Shiv Sena leader Sanjay Raut on Sunday said the humanity shown by Prime Minister Narendra Modi by washing the feet of conservatory workers seems to have vanished now.

In his weekly column published in the Sena mouthpiece 'Saamana', Raut said, "Prime Minister Modi had washed the feet of four conservatory workers in Varanasi and showed us the humanity. It seems this humanity has vanished in the last three months".

The PM had washed the feet of safai karamcharis (sanitation workers) during Kumbh Mela in Prayagraj last February as a mark of respect for their work.

Raut, who is the executive editor of the 'Saamana' and chief whip of the Sena in Parliament, also sought to draw parallels between "politicisation" of displacement of Kashmiri Pandits and the plight of migrant labourers, who are bearing the brunt of the lockdown.

"The issue of Kashmiri Pandits being forced to leave their homes and living as refugees in their own country has been politicised frequently. Today, some six crore migrant workers are forced to live the similar way," he said.

"Those who get angry with Adolf Hitler's cruelty and treatment to Jews should tell us what have they done for these migrant workers. If the ruling government is not moved by the sufferings of migrant workers in all states then this Coronavirus has ended the humanity," he said.

Raut also targeted BJP leaders from Maharashtra over their "frequent" meeting with state governor B S Koshyari instead of interacting with Chief Minister Uddhav Thackeray, who heads the Shiv Sena.

"The Opposition in Maharashtra is consistently claiming that the Thackeray-led government has failed. They should not forget that governments of Uttar Pradesh and Gujarat are actually the biggest failures in containing COVID-19 cases.

"And since Prime Minister Narendra Modi and Home Minister Amit Shah hail from Gujarat, they cannot escape this responsibility," he said.

Raut said that everybody is sailing in the same boat as far as the current COVID crisis and its adverse impact on the economy are concerned. "We have to work together to contain the outbreak," he added.

Raut also slammed former chief minister Devendra Fadnavis of the BJP who had criticised NCP chief Sharad Pawar for questionning the "Atma Nirbhar" package in the latter's recent letter to the prime minister.

"Leader of Opposition Devendra Fadnavis is getting agitated with letters of Sharad Pawar. Who has stopped him from writing letters to Prime Minister Modi?" he asked.

Raut said the only agenda of Fadnavis is to dissolve the Sena-led tripartite government with the help of the governor.

He also said that Opposition party (read BJP) is ridiculed the most on social media "which is not a good sign".

Raut also asked Fadnavis to meet the CM and Sharad Pawar once.