How Can Jagan, an Accused in Scams Worth Crores, Question Me in Cash-for-vote Case: Naidu 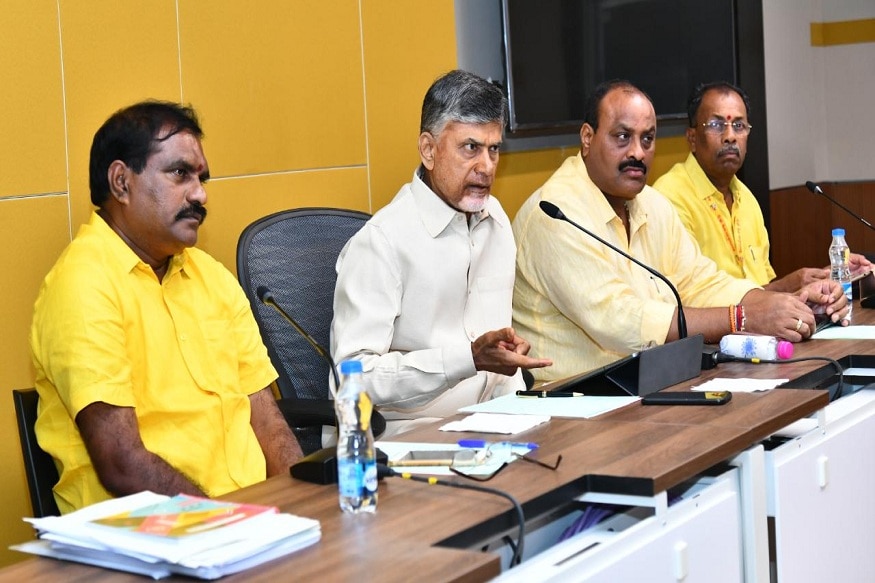 Amaravati: Leader of Opposition in the Andhra Pradesh Legislative Assembly and Telugu Desam Party (TDP) president N Chandrababu Naidu on Monday hit out at Chief Minister Jagan Reddy for his remark on the former’s role in a ‘cash-for-vote’ case registered in 2015.

Naidu said a man with over 10 cases of disproportionate assets worth crores has no moral authority to comment on a politically motivated case.

“How can a man who has been named as the prime accused in 13 chargesheets of disproportionate assets cases worth over Rs 43,000 crore question me in a ‘cash-for-vote’ case. Everyone knows it was a politically motivated one. We will remind the same to the chief minister in the Assembly,” Naidu said.

The former chief minister further hit out at the YSR Congress Party (YSRCP) government for not initiating discussions on burning issues of public interest like high onion prices, sanctions on the media fraternity and bus fares (with regard to changes in fares in Telangana).

“Giving a chance to reply and discuss issues is a tradition of any legislative assembly. But, this government does not give us any opportunity to speak. Today, they brought the issue of attacks on women to counter our protest on rising onion prices. A minister mocked us saying you can have cabbage instead of onions. Today, a farmer died standing in a queue for onions,” the TDP supremo said.

Naidu said the YSRCP government has been trying to tarnish his image by humiliating him in the Assembly and alleged the ruling camp was trying to instigate defections in the TDP by initiating corruption cases against the MLAs.

He said the TDP has planned to bring all these issues before the speaker and if the grievances are not addressed, the party leadership would meet the governor. However, Naidu said his party would support any move the government introduces for protection of women.

He also wanted to know if the government has decided to take any action on ruling party MLA Sridhar Reddy for allegedly attacking a local mandal officer in his constituency recently.