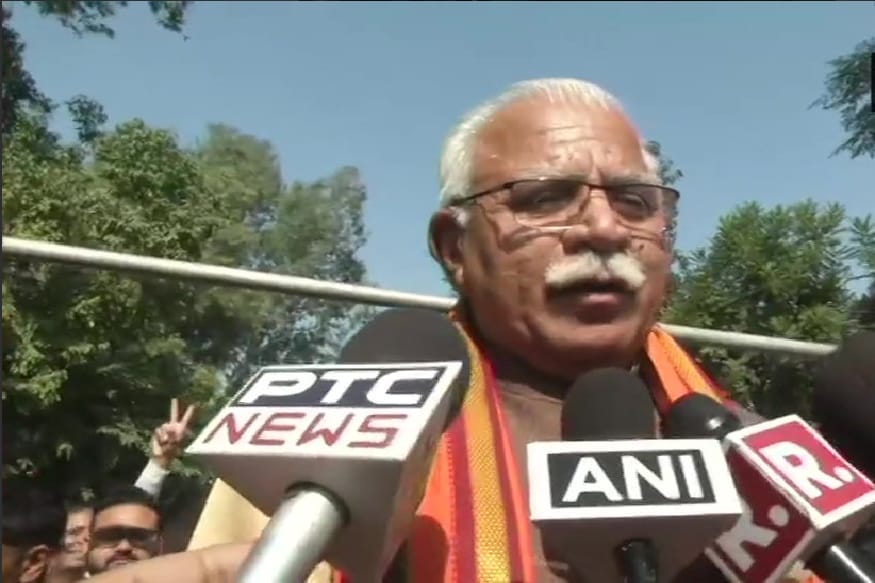 Chandigarh: Haryana Chief Minister Manohar Lal Khattar on Monday travelled by train from Chandigarh to Karnal and then rode a bicycle to reach a polling booth to cast his vote.

Polling in the 90 assembly constituencies began on Monday morning.

Khattar said he had a lively interaction with co-passengers during his train journey to Karnal.

"I travelled by Jan Shatabdi train to reach Karnal. Then I travelled in a e-rickshaw and then rode a bicycle to reach the polling booth," he told reporters after casting his vote in Karnal, from where the 65-year-old first-time MLA is seeking re-election.

Sharing his experience about the two-hour train journey Khattar tweeted, "had a lively interaction with my co-passengers during my journey to Karnal to cast my vote!"

Khattar, who has on past many occasions used a bicycle to travel from his official residence in Chandigarh to reach the civil secretariat, said as far as possible people should use a cycle to commute, at least for the short distances, as it will help protect environment.

Khattar appealed to voters to turnout in record numbers.

"I appeal that all of you must participate in the festival of democracy and exercise your right to franchise in great numbers".

"It is my humble request to every citizen that they must go and cast their votes. For a strong government, every single vote is decisive," he said in a tweet.

He told reporters that as per reports, people were turning up at most places in the state since morning to cast their vote.

The ruling BJP has set a target to win over 75 seats.

The video had emerged on the social media on the eve of Haryana Assembly polls, following which the Election Commission issued Virk a showcause notice and appointed a special observer to the

"Virk has clarified that this is a fake video, things have been doctored. Election Commission has taken cognizance and is looking into it," he added.