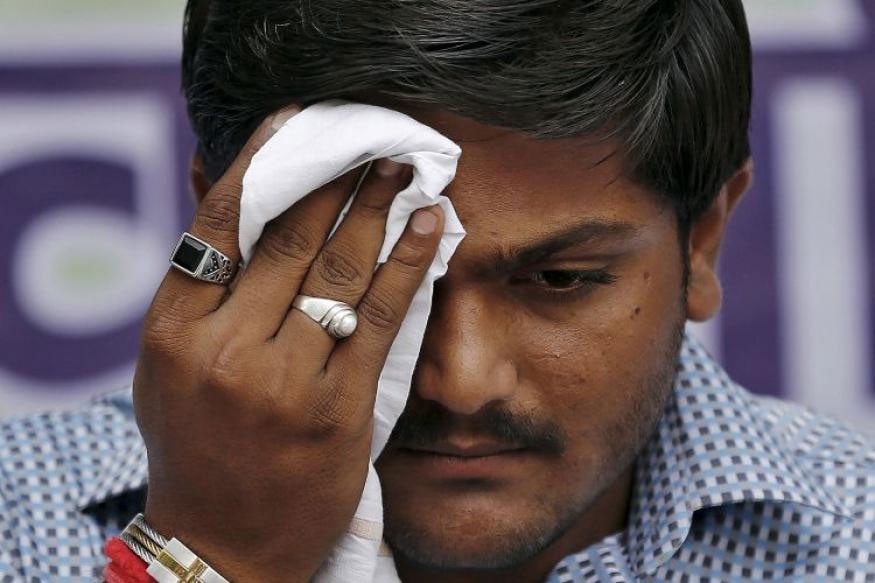 Ahmedabad: Days after quota agitation leader Hardik Patel joined the Congress, an unidentified person hacked the official website of the Gujarat Congress and uploaded his photo, which appears to be a screenshot of one of his alleged sex videos that surfaced ahead of the 2017 polls.

In the photo, a person resembling Patel can be seen sitting on the bed with a girl and it is accompanied by a caption - "Welcome our new leader".

According to Gujarat Congress spokesperson Manish Doshi, the website, "http://www.gujaratcongress.in", was taken down immediately by the party's IT team after spotting the "mischief".

"Our website was hacked. Someone put a photo of Hardik Patel on it. We have shut down the website immediately. It will become online soon. This might be the handiwork of those who did not like Hardik's entry into the Congress," said Doshi, adding the party may file a police complaint.

Ahead of the December 2017 Assembly elections in Gujarat, around five videos, purportedly showing Patel with women, had surfaced on social media platforms.

The 25-year-old Patidar quota agitation spearhead had then claimed all the videos were "fake and morphed".