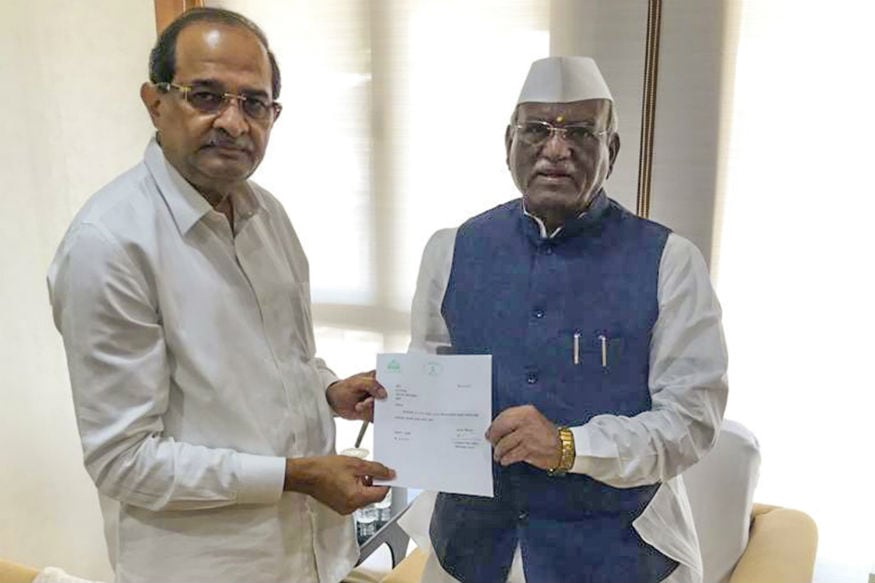 Mumbai: Former Congress leader Radhakrishna Vikhe Patil was sworn in on Sunday as a minister in the state cabinet led by Chief Minister Devendra Fadnavis.

Vikhe Patil, who was leader of opposition in the state Assembly, resigned from the Congress recently. His son Sujay Vikhe Patil is the BJP (Bharatiya Janata Party) MP from Ahmednagar Lok Sabha seat in the state.

Meanwhile, Maharashtra housing minister Prakash Mehta and five other state ministers quit their posts, an official in the Chief Minister's Office (CMO) said. Besides Mehta, the others who resigned as ministers are Rajkumar Badole, Vishnu Sawra, Dilip Kamble, Praveen Pote and Amrish Atram.

The chief minister has accepted their resignations, the official added. The cabinet expansion took place a day before the monsoon session of the state legislature and four months ahead of the Assembly polls.