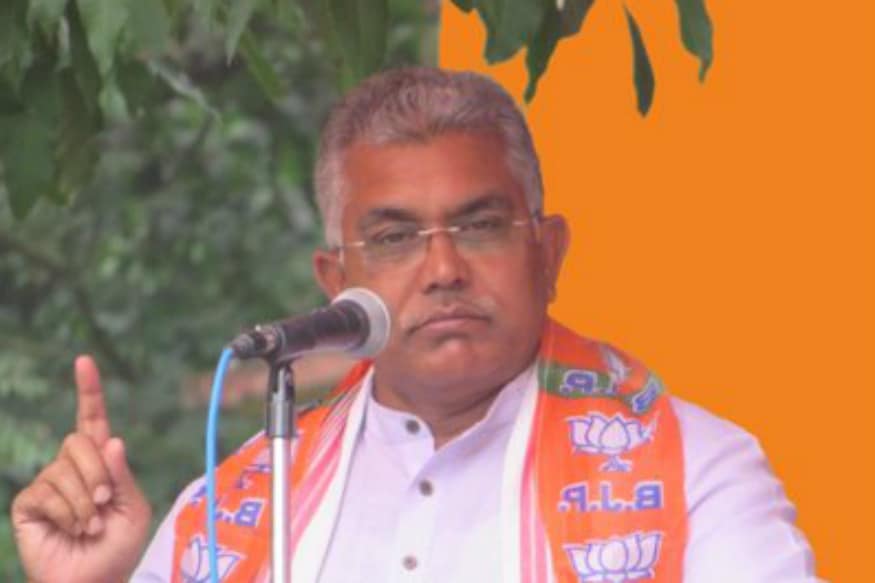 Kolkata: West Bengal BJP president Dilip Ghosh on Thursday claimed that he had to shift to a new residence following inputs from central intelligence agencies about possible life threats on him by foreign terrorists.

The police, however, said they have no information in this regard.

Ghosh, a Lok Sabha MP who enjoys Y+ category security cover provided by the central government, said he shifted to the new residence on Wednesday night.

"I had inputs from central intelligence agencies that certain foreign terror outfits are planning to attack me. So I shifted to a new residence following their advice," the BJP leader said.

Asked whether or not the Centre would upgrade his security cover to Z or Z+ category, Ghosh said he has no such information.

"Everybody knows that I have been attacked during several political programmes in Kolkata and other parts of the state. So the central government decided to provide me with security. But at times security cover stops you from interacting with the people," he said.

Bidhannagar Police Commissioner L N Meena said Ghosh did not complain to the police about threats on his life, and they also did not have any information about intelligence inputs in this regard.

"If he makes any complaint to us, we will definitely look into it," Meena said.

Ghosh had been staying in an area under the jurisdiction of the Bidhannagar Police Commissionerate. He has shifted to another place in the same area.