Do Not Impose Your Sexism on Me: Rahul Gandhi Defends Remarks Against Nirmala Sitharaman 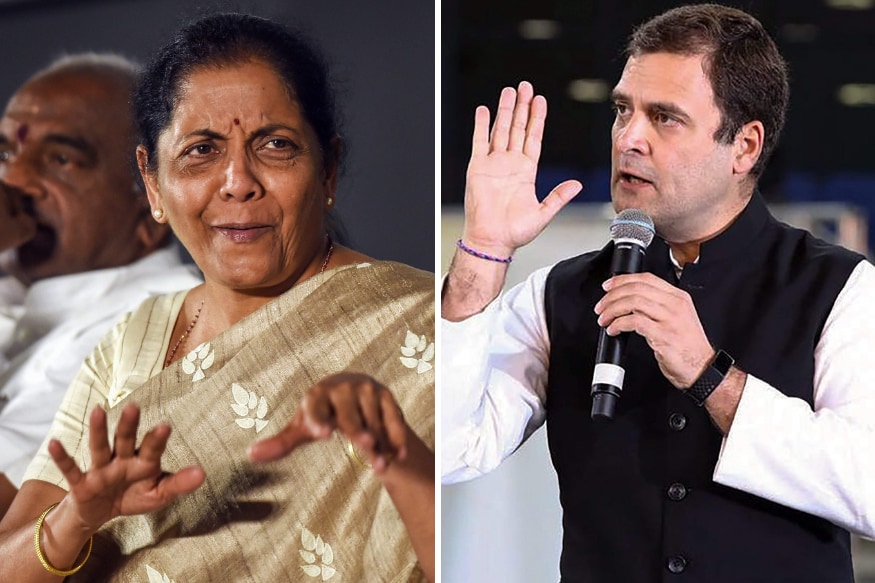 New Delhi: Defending his ‘misogynist’ remarks against Defence Minister Nirmala Sitharaman, Congress chief Rahul Gandhi on Saturday said he would made similar comments had a man been in-charge instead of her.

Addressing a press conference in Dubai, Gandhi said Prime Minister Narendra Modi and not Nirmala Sitharaman should have presented the Rafale defence in Parliament.

"Prime Minister Narendra Modi has helped Anil Ambani steal Rs 30,000 crore and the House of the people Lok Sabha is where he should have defended himself but he chose to send another person and that person happened to be a woman,” a PTI report quoted him as saying.

"I would have made a very similar comment if it had been a man. Do not impose your sexism on me. I am very clear that the prime minister should have delivered that defence but he did not have the guts,” Gandhi said.

The Congress chief had made the offending remark at a farmers' rally in Jaipur last Wednesday. "The watchman with a 56-inch chest ran away and told a woman, Sitharaman ji, ‘defend me. I won't be able to defend myself, defend me’,” Gandhi had said.

Terming the comment as "extremely misogynistic, offensive and unethical", the National Commission for Women issued a notice to the Congress president. In the notice, the women's panel said it has taken suo motu cognisance of news reports "wherein it is reported that you have allegedly made remarks insulting against a woman minister".

The NCW in the notice said, "It has been reported that you allegedly said "..... the PM ran away and asked a 'mahila '- a veiled reference to Defence Minister Nirmala Sitharaman - to defend him".

"The remarks are extremely misogynistic, offensive, unethical and shows an extreme disrespect towards the dignity and honour of women in general," the commission said.

"Rafale scam should be thoroughly investigated but @rahulgandhi statement on it is really regressive and misogynistic. I fail to understand how men forget that women are far stronger than them! Can they even think of carrying a baby in their womb for 9 months & give birth to it?" she posted on the microblogging site.