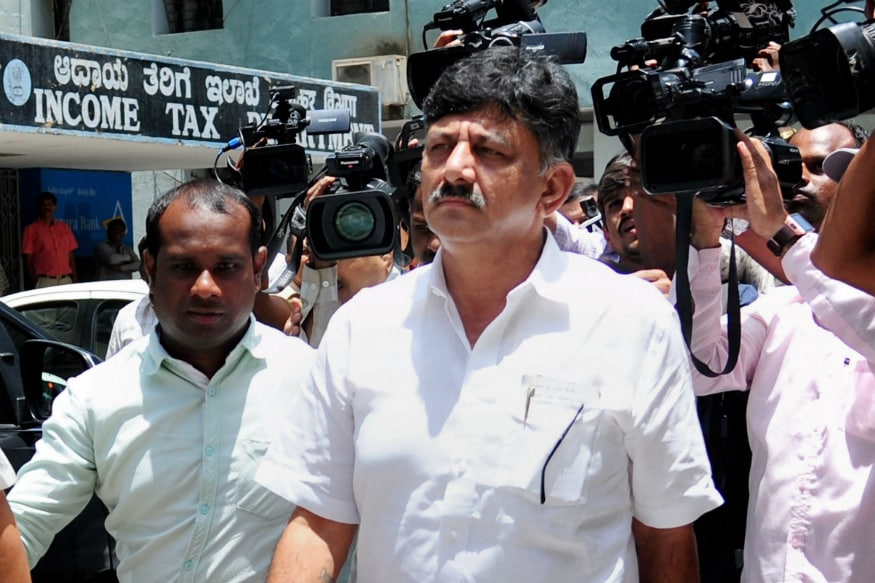 Bengaluru: Even as the clamour grows for a probe into the alleged phone-tapping scandal during the previous Congress-JD(S) government headed by HD Kumaraswamy, senior Congress leader DK Shivakumar on Friday rejected the snooping charges and appeared to side with the former Chief Minister.

Amid signs that the scandal is gaining political steam, Shivakumar, who was Minister in the Kumaraswamy government, said Chief Minister BS Yediyurappa was free to order any probe into the matter.

Several Congress leaders, including its legislature party leader Siddaramaiah, M Mallikarjuna Kharge and Home Minister in the alliance government M B Patil have demanded a probe into the scandal.

Other than Shivakumar no other senior Congress leader has so far rejected the allegation.

Disqualified JDS MLA AH Vishwanath, who alleged earlier this week that phones of several political leaders, officials and journalists were tapped, indicated in Mysuru on Thursday that snooping would not have happened without the knowledge of the then Chief Minister.

Many BJP leaders, including former Chief Minister Jagadish Shettar, have accused Kumaraswamy in the phone-tapping scandal and demanded the probe.

"Phone-tapping has not happened... I have also inquired and asked people about it...it is all lies, and there is no room for such things," Shivakumar said.

"Our Congress-JD(S) government did not get involved in such things. Yediyurappa can conduct a probe, let him probe. We are not opposed to it," he told reporters here.

Kumaraswamy on his part has denied allegations of phone-tapping during his tenure.

"I was the one who kept repeating that the Chief Minister's position was not permanent. There was no need for me to remain in and save the chair (of CM) by tapping phones. Allegations made against me by some people in this matter is far from the truth," he had tweeted.

Siddaramaiah on Thursday demanded a probe stating that "Phone tapping is a serious offence. Let there be an investigation into the issue and take action against those responsible if proved."

Despite growing demand for a probe into the scandal from within BJP, and also Congress, Chief Minister B S Yediyurappa has not made his stand clear.

As the matter snowballed into a major controversy, he had on Wednesday said, "I am observing the developments. I will discuss with the Chief Secretary (TM Vijay Bhaskar) and think about further action."

The snooping controversy surfaced as Bengaluru police commissioner Bhaskar Rao earlier this month ordered an inquiry into the phone-tapping incident against the backdrop of a recently leaked telephone conversation purportedly between him and someone in Delhi lobbying on his behalf with some politicians for the post he is occupying now.