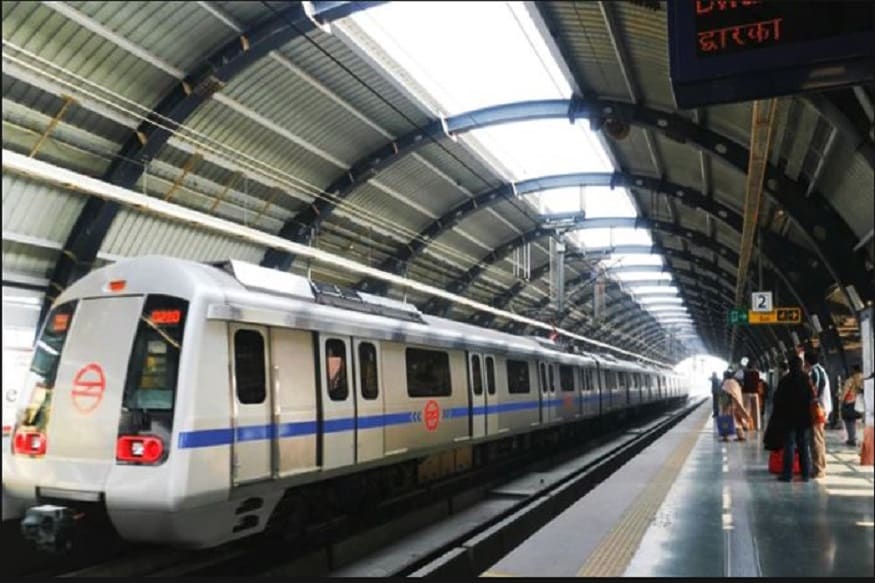 New Delhi: The Delhi High Court has upheld the Election Commission's (EC) decision not to allow display of any political advertisement inside DMRC premises and on metro trains during the model code of conduct (MCC), saying the restriction was reasonable and in interest fair polls.

Justice Sanjeev Sachdeva termed as "laudable" the EC's rationale to ensure the public does not get an impression that the government was endorsing or supporting a political party by permitting its advertisements on properties owned by the state or Public Sector Undertakings.

"Keeping in view of the purpose for which the directions have been issued i.e., holding of a free, fair and transparent elections, I am of the view that the restrictions, as imposed by the respondent 1 (EC), are reasonable and do not violate any provision of the Constitution of India."

The order of the court came while dismissing an outdoor advertising agency's plea challenging the EC's June 2019 direction to Delhi Metro Rail Corporation (DMRC) to incorporate a clause in its contracts with ad agencies prohibiting display of political ads on space provided on commercial lease during the MCC.

The proposed clause also said that any political advertisement displayed in such spaces shall be removed immediately on enforcement of the MCC.

DMRC in turn in August 2019 wrote to the ad agency regarding incorporation of the clause in the contract between them.

Challenging decisions of both EC and DMRC, the agency contended there was already a clause in the contract prohibiting display of any advertisement which violated the MCC. However, the earlier clause did not prohibit all political ads during the poll period.

Rejecting the agency's contention that its freedom to carry out trade was being restricted, the court said the clause proposed by EC would remain in effect for only one month, when the MCC was in operation, and during the said period other non-political advertisements can be displayed.

"The restriction is not unreasonable keeping in view the object sought to be achieved by the impugned directions i.e. of free, fair and transparent election," the court said.

The court also directed that all political advertisements that are in breach of the directions of EC be removed as the MCC in connection with elections in Delhi were already in force.