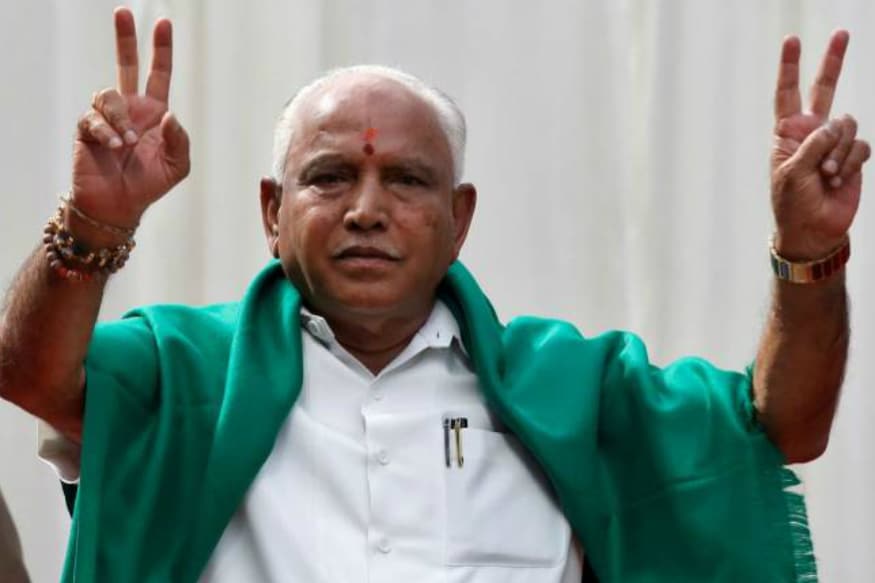 Bengaluru: Karnataka Chief Minister BS Yediyurappa is celebrating his 78th birthday today. The politician, who singlehandedly built the BJP and brought it to power twice in the southern state, has turned his birthday bash into an all-party, apolitical affair.

Defying BJP high command’s 75-year age limit to hold any elected high post, Yediyurappa once again became the Chief Minister about six months ago. He is now celebrating his birthday in style.

But things were in complete contrast in 2017. Yediyurappa was so nervous when he turned 75 that not only did he not celebrate, he also instructed his party workers and others to not even wish him, lest the BJP high command uses his age to deny him the CM’s chair. The banners and posters wishing him a “happy 75” were removed hurriedly and some had even changed it to ‘74th birthday’!

It is a known fact that the BJP central leadership was not comfortable with him, staking the claim once again, last year. Somehow, he managed to force his way through and got himself installed as the CM. And time and again, he maintained that he is fit to complete the remaining three-year term.

A week ago, an unsigned letter asking Yediyurappa to step down with dignity, citing his advancing age, had rocked the state politics. It was scathing on his second son BY Vijayendra’s alleged interference in the affairs of the government. The fingers were pointed at some insiders who are against Yediyurappa and his son.

Since there were no claimants to the letter, the issue was hushed up by the CM’s camp. However, the letter is still being circulated among the BJP leaders and members like “banned” literature.

With all this in the background, Yediyurappa’s “apolitical” birthday bash has generated a lot of curiosity. Some are interpreting it as an act of defiance and the BJP stalwart is trying to send out a strong message to party bosses in New Delhi that he can’t be servile forever as Karnataka saffron party is his domain.

Interestingly, Congress leader and former chief minister Siddaramaiah and JDS leader and former CM HD Kumaraswamy would be the chief guests at his 78th birthday bash. Some political observers feel that by rubbing his shoulders with these two on his birthday, Yediyurappa is trying to tell the high command that politics apart, he is much liked by everyone and is the only BJP leader who can head the government.

Speaking to News18, a close associate of him said that there was no need to hide his age as it hardly matters in real politics. “There may be a cap on 75-year-old leaders occupying high elected offices. It does not apply to all. In Karnataka, there is no BJP minus Yediyurappa. The high command is aware of it and because of this we are going ahead with his 78th birthday bash,” he explained.

Yediyurappa’s son Vijayendra has taken the lead in organising the bash and told News18 that it would be a private, apolitical affair. “There will be about 3,000 people. Leaders from across the party lines will be there. It is not a mega event,” he said.

He added that a coffee table book both in Kannada and English, chronicling his father’s 55-year journey, in politics will be released on the occasion.

Only time will tell if Yediyurappa will be able to survive his 81st birthday as the Karnataka chief minister.