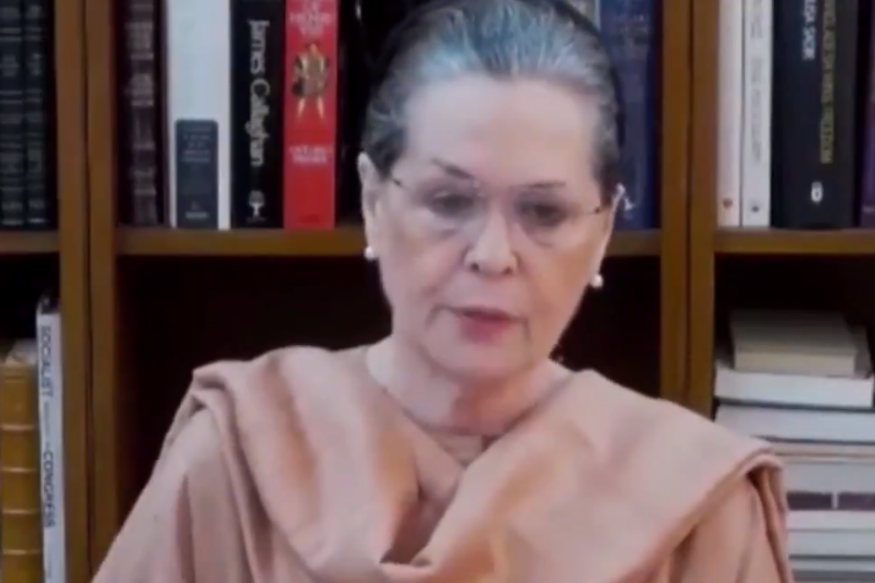 Congress president Sonia Gandhi on Thursday criticised the government for "unplanned" implementation of the countrywide lockdown that she said had caused "chaos and pain" to millions of migrant workers.

Calling for availability of all necessary equipment for medical professionals, she said the onus lies on the government to ensure that the spread of infection and casualties are not caused owing to lack of infrastructure or preparedness.

Addressing a meeting of the Congress Working Committee (CWC) through video conferencing, Gandhi said the country was in the midst of an unprecedented health and humanitarian crisis which can be overcome only if everyone acts in solidarity.

"The magnitude of the challenge is daunting but our resolve to overcome it must be greater," she said, calling upon Congress governments, frontal organisations, leaders and workers to offer help to those at risk during the pandemic.

Gandhi noted that the COVID-19 crisis has caused suffering across the world but it has also "reaffirmed the bonds of brotherhood" that unite humanity.

She said in India, the poor and disadvantaged have been most vulnerable to the consequences of the pandemic. "We must come together for their sake and do all we can to support them through the difficult days that lie ahead," she said.

The BJP described Gandhi's criticism of the Union government's handling of the situation as "unfortunate" and an unnecessary politicisation of the crisis.

Union minister Prakash Javadekar said Prime Minister Narendra Modi is taking everyone along in his handling of the situation, and his measures, including the nationwide lockdown, have "received" praise from the world.

"We all have to work in one direction and take on the pandemic unitedly. There will be time for politics after we defeat the coronavirus," he said.

BJP president JP Nadda said this is not the time for politics when the entire country is fighting the coronavirus unitedly under Modi's leadership. He said Modi is taking along all state governments to lead the fight of "team India" against the pandemic and asked the Congress to play the role of a responsible political party in this difficult time.

"The entire country is today fighting against COVID-19 unitedly under the leadership of Prime Minister Narendra Modi. At such a time, Congress president Sonia Gandhi's statement is insensitive and indecent. This is not the time for politics but to serve the nation unitedly," Nadda said.

Gandhi had described as "heartbreaking" the sight of lakhs of people walking for hundreds of kilometres without food or shelter.

"The 21-day national lockdown may have been necessary but the unplanned manner in which it has been implemented has caused chaos and pain in the lives of millions of migrant workers all over India," she noted.