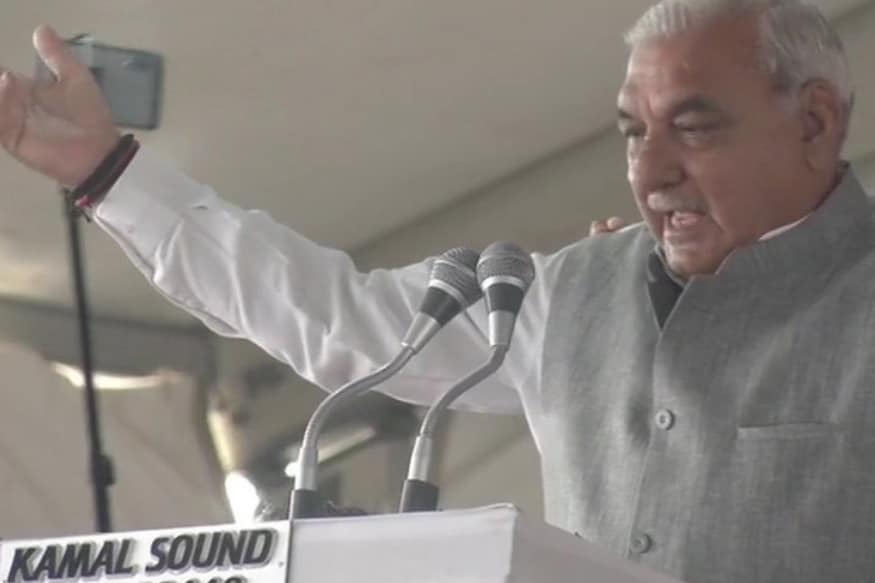 The Haryana Congress on Sunday condemned the use of force against migrant workers in Yamunanagar, terming the police action inhuman.

Police on Saturday used 'mild force' to disperse a group of migrants who had blocked a national highway, demanding that they be sent home.

Former chief minister and Leader of Opposition in the state assembly, Bhupinder Singh Hooda, said the 'lathicharge' on migrant labourers was highly condemnable.

"It is inhuman to beat up poor labourers who are victims of circumstances. The government should treat the them with empathy," Hooda said in a statement.

Surjewala alleged that they were chased and thrashed.

He said the BJP had 'sold dreams' to the poor to come to power and now it was insensitive towards their plight.

Selja said if the government had any concrete policy, the migrant workers would not have been forced to walk hundreds of kilometres to reach their homes.

"Rather than providing relief to them, what these poor migrants are getting is lathis. We strongly condemn the lathicharge on them, which shows the insensitive attitude of the Khattar government," she said.

Police had on Saturday said a group of migrants had blocked the Yamunanagar-Panchkula highway, causing traffic disruptions.

The police said they tried to convince them to lift the blockade but the migrants persisted with their demand.

Hooda said in addition to taking care of their stay and food, the government should ensure that migrant workers are provided with immediate monetary relief or alternate employment.

If the government is not able to do this or poor labourers want to go home, then proper arrangements should be made for their journey back home, he said.

"The government should fulfil both its administrative and humanitarian responsibilities towards them," Hooda said.