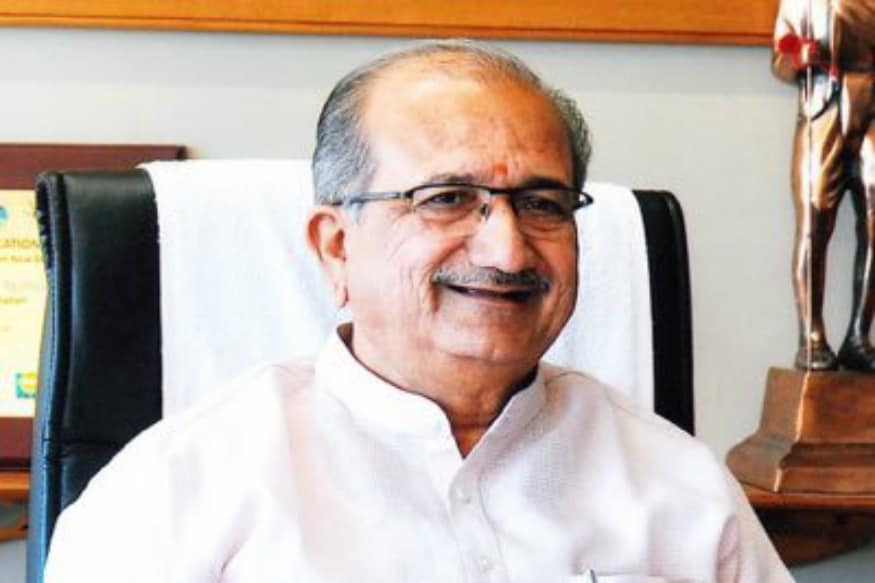 The Congress Tuesday asked Prime Minister Narendra Modi to expel Gujarat minister Bhupendrasinh Chudasama from the BJP after his 2017 election was declared void by the High Court on grounds of malpractice and manipulation.

Congress leader Kapil Sibal questioned the PM's silence on the issue and said if he was serious on ending corruption in the country he should take strict action against the minister from his home state.

Sibal said Chudasama was declared a winner by 327 votes when 429 of the total 1,356 postal ballots were rejected which, he claimed, altered the result.

The former Union law minister also felt that if such corrupt practices continue to happen in the country and Constitutional bodies weakened, democracy will suffer.

"This is an example of how our governments, ministers, Election Commission are engulfed in corruption and Modi ji is silent," he told reporters at a press conference through video conferencing.

Earlier in the day, the Gujarat High Court declared Chudasama's election in 2017 as void on grounds of malpractice and manipulation.

Justice Paresh Upadhyay set aside Chudasama's election in an order passed on a petition filed by Congress candidate Ashwin Rathod, challenging the BJP leader's victory from Dholka constituency by a margin of 327 votes in the 2017 Gujarat Assembly polls.

Chudasama currently holds charge of the education, law and justice, legislative and parliamentary affairs, and some other departments in the Vijay Rupani government.

"There is a conspiracy somewhere in this case....Why does Modi ji not get angry if there is corruption, because he himself had said that he will take to the streets to end it," he said.

"Modi ji talks big at the stages. If Modi ji has the guts to end corruption, he should say that this minister should be thrown out of the party and strict action taken against him and no appeal against this High Court order be filed. But, I have no hope," Siibal said.

The former union minister said even though Chudasama was Parliamentary Affairs Minister, "he is actually a minister for corrupt affairs".

"After this judgement, he is deemed to be a minister for corrupt affairs," Sibal said.

He said Indian democracy runs on elections and the 'first-past-the-post' system means the one getting more votes is declared as the winner. But, he noted, if there are corrupt practices, the entire foundations of democracy are shaken.

"This is a very serious matter. It shows how constitutional structure of this country is being destroyed. The PM who talked about ending corruption is silent today even when corruption is happening right before his eyes," he claimed.

"The way the Constitutional structure is being demolished, the foundations of democracy are being weakened in the country," he said.

Sibal also accused the BJP of indulging in corrupt practices by allegedly bringing down non-BJP governments in states like Karnataka, Uttarakhand, Arunachal Pradesh and Madhya Pradesh.

He also attacked the BJP government for allegedly not being serious in tackling corruption as the anti-corruption ombudsman, the Lokpal- was not appointed even 5.5 years.

Tanuja, Kajol, Tanishaa And Nysa In The Mother Of All Throwbacks

Mindfulness: No Failure Can Break You

Android Users, Big News For You: Android 11 Will Likely Launch on September 8