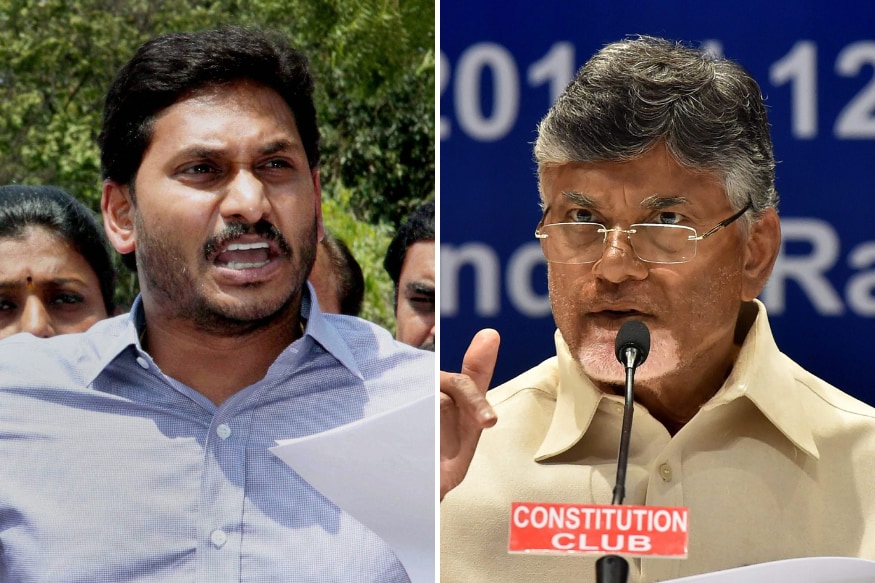 Amaravati: Acrimony between the ruling YSR Congress and opposition Telugu Desam continued to spill over during the ongoing winter session of the Andhra Pradesh Legislative Assembly with Chief Minister Y S Jagan Mohan Reddy and Leader of Opposition N Chandrababu Naidu attacking each other.

It was no different on Thursday as the Chief Minister and his predecessor engaged in a verbal spar even as members on both sides joined chorus in support of their respective leaders.

Jagan was on an attack mode since morning when the TDP raked up the "media muzzling" issue and continued it when the House took up a short discussion on the government's move to convert all schools to English medium of instruction.

Naidu sought to hit back inside the House, amid jeering by the ruling party legislators, and took to Twitter in the evening to vent out his frustration at being targeted.

As the Question Hour was progressing, the TDP raised the issue of "media muzzling" and strongly denounced the GO 2430 that empowered the respective department secretaries to take appropriate action against publication of falsedefamatory news in the media.

Naidu also referred to the ban imposed on three Telugu news channels from entering the Legislature and covering the proceedings. He demanded that the ban be lifted forthwith.

The Chief Minister read out the Government Order and said there was nothing wrong in it. "May be Chandrababu Naidu has problem in reading or understanding English. Whoever can read and understand English properly, will find no fault with the GO," the Chief Minister remarked.

"I did M A (Economics) from Sri Venkateswara University. You should tell what your qualification is. I may not know English but what about the entire national media? They are also strongly opposing the GO 2430," Naidu hit back.

Later in the day, during the short discussion on English medium education, the Chief Minister once against lashed out at the Leader of Opposition for speaking in "two tongues".

"First, he opposed English medium education but after realising that people are opposing his stance, he took a U-turn.

Chandrababu Naidu then started saying he is not against English medium. It only exposes his double standards and double speak," Jagan observed.

Rebutting the Chief Minister, Naidu said the TDP only wanted continuation of Telugu medium, parallel to English. Later, the TDP president posted on his Twitter timeline lamenting that the YSRC was repeatedly making fun of his "40-year (political) experience".

"They stopped at the Assembly gate for 40 minutes. Are they conducting the Assembly to resolve public grievances or just to insult me? These are all part of YSRCs deliberate conspiracy.

I am bearing these insults for the sake of people," the former Chief Minister noted.

Naidu also led his party delegation to the state Governor Biswabhusan Harichandan late in the evening and complained about the manner in which the Legislature proceedings were being conducted.

He also complained about the continuing gag on the media and sought the Governor's intervention to "uphold the freedom of speech" as guaranteed by the Constitution.

The TDP Chief also brought the rude behavior of the Legislature Chief Marshal and other marshals with the TDP legislators, to the Governors notice.