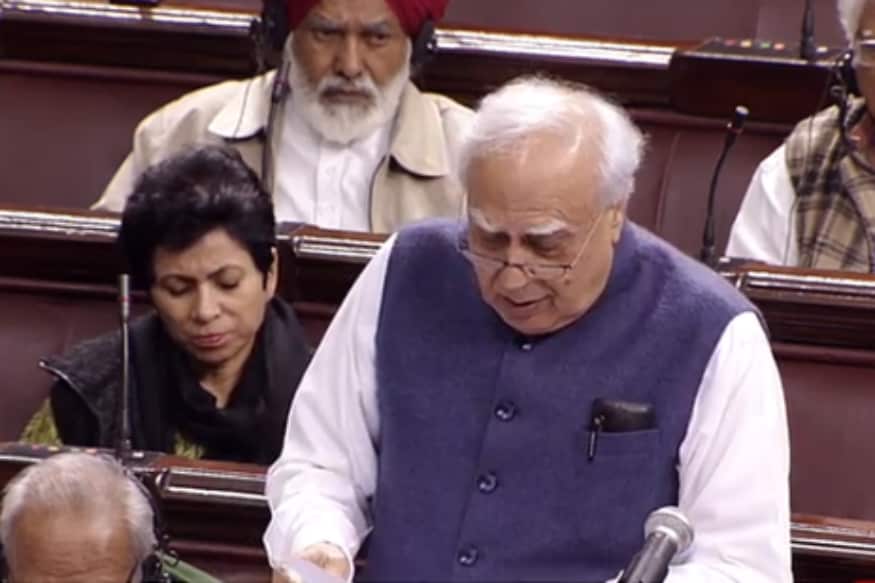 New Delhi: Senior Congress leader Kapil Sibal opposed the contentious Citizenship (Amendment) Bill in the Rajya Sabha on Wednesday saying that the bill gives a legal colour to the two-nation theory, proposed and propagated by Hindutva ideologue and Sangh icon VD Savarkar. He said that the Congress opposes the Bill as religion cannot be the basis for the acquisition of citizenship.

Taking on Shah, Sibal said he failed to understand what history books has the home minister read. The two-nation theory was not given by the Congress, he argued.

Quoting Savarkar's statement, Sibal said: "I quote Savarkar. He had said, 'There are two antagonistic nations living side by side in India. Several politicians commit the serious mistake in supposing that India is already welded into a harmonious nation, or that it could be welded thus for the mere wish to do so. These are our well-meaning but unthinking friends, take their dreams for realities. That is why they are impatient of communal tangles and attribute them to communal organisations'."

The Congress member went on to quote BR Ambedkar, one of the key architects of the Constitution, saying, "Ambedkar wrote: 'Strange it may appear, Savarkar and Jinnah, instead of being opposed to each other on the one nation versus two nations issue, are in complete agreement about it. Both agree, not only agree but insist, that there are two nations in India. One, the Muslim nation and the other, a Hindu nation'."

Sibal thereafter urged Shah to withdraw the allegations. He said, "We in the Congress believed in that one nation." He then charged at Shah saying, "You don't believe it."

He then said that the bill is historic as the government is changing the basic character of the Constitution. "You are making attempt to change our history. You said crores of people will see ray of hope tomorrow morning, I claim that night will not end for lakhs of people. This dark night will never end," said Sibal urging Shah to rise above politics.

He also questioned where is the provision of religious persecution in the proposed legislation? "There is no such provision," he said. "If man came from Bangladesh in India in 1972 and living here since then, how come he is persecuted, Sibal questioned.

He also said that not a single Muslim fears government. "Idea of India is being destroyed."