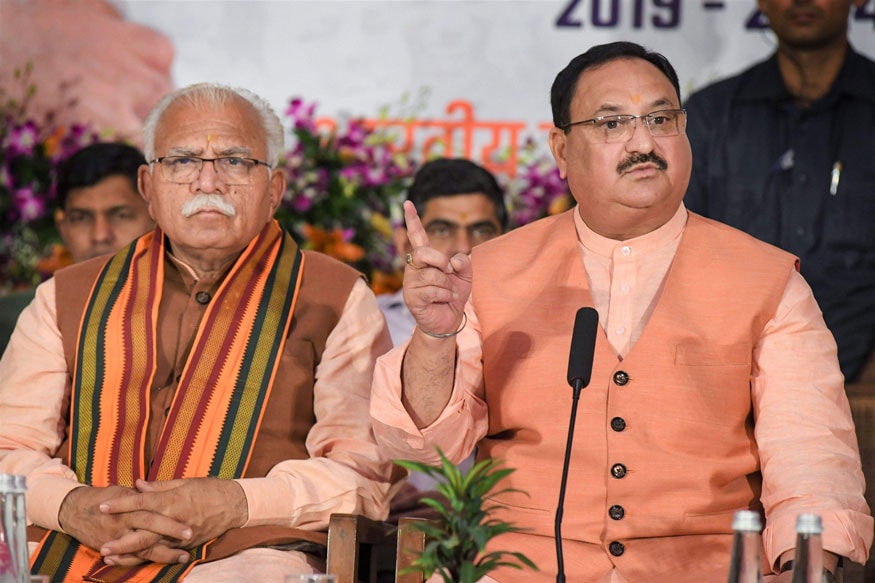 New Delhi: Even with exit polls across the spectrum predicting a BJP comeback in Maharashtra and Haryana a day after voting concluded in the two states, the saffron party will discuss the likely post-poll scenarios on Tuesday evening.

BJP Working President JP Nadda has convened a meeting of all general secretaries at the party headquarters on Deendayal Upadhayay Marg to discuss the possible post-poll scenarios, say sources.

Though even the BJP's internal survey has predicted its thumping victory in the two states, Nadda wants to keep a plan B ready, should the result turn out contrary to expectations.

"Not As Large-Hearted As...": Nirbhaya's Father On Forgiving Convicts