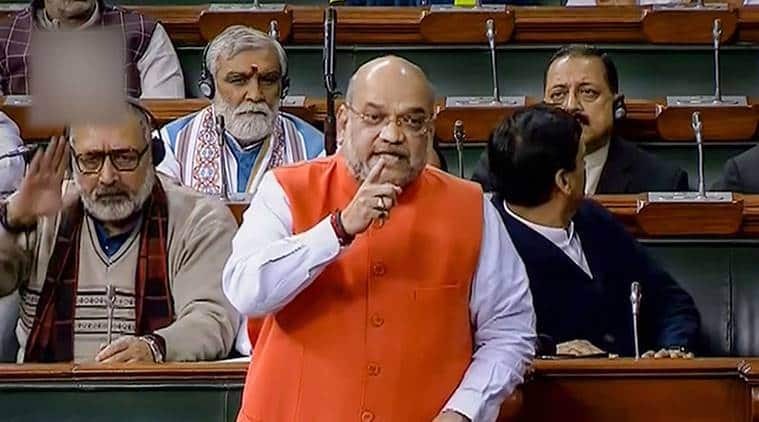 In support of the Citizenship (Amendment) Bill (CAB), the ruling BJP maintained that the proposed legislation is to protect persecuted minorities in the neighbouring countries and it will not affect the equality for citizens.

While the party projected the Bill in the Lok Sabha in contrast to the Opposition’s vote bank politics, in the Rajya Sabha, it argued that the government, by providing citizenship to the minority communities persecuted in the neighbouring countries, is just fulfilling what India stood for for ages and pledges of its founding leaders, including those from the Congress.

Every speaker from the party, including working president J P Nadda maintained that the Bill was just trying to give refuge to those persecuted in the name of their religion.

Defending the Bill, Law Minister Ravi Shankar Prasad said Parliament is supreme in lawmaking. “As per Constitution, two houses of Parliament are sovereign in lawmaking. With due respect to judiciary, let me say this Parliament has powers to undo the court’s decisions also, by addressing the issues…This law is constitutionally valid, in national interest and also subserves a larger humanitarian order.”

Nadda argued that his party was fulfilling what even Congress leaders had been seeking — to help refugees from Bangladesh — and said that the CAB is a fulfilment of the Jawaharlal Nehru-Liyakat Khan pact of protecting the minorities in India and (undivided) Pakistan.

Nadda said the minorities in Pakistan have been persecuted. In 1947, minorities accounted for 23 per cent of Pakistan’s population, but in 2017, this had dipped to 2.3 per cent, he said.

According to Nadda, when the persecution is on the basis of religion, the solution has to be based on religion. He also cited a speech by former prime minister Manmohan Singh in the Upper House in 2003 over treatment of refugees in India. Nadda said Singh had stated that minorities were persecuted in Bangladesh and had told then deputy prime minister Lal Krishna Advani that it was the country’s moral obligation to make the Citizens’ Act more liberal to help them. “We have brought this Bill respecting his words only (Singh),” said Nadda.

He said the Bill would not have any impact on the equality clause in the Constitution.

BJP leader Bhupender Yadav said the government has fulfilled what Swami Vivekananda had pledged. According to him, between 2003-2014, when the UPA was in power, the government had admitted at least 20 times that Hindus in Pakistan were facing persecution. “You knew their helplessness, but you never took any step,” he said.

Taking a swipe at the Opposition, Yadav said, “In the pursuit of votebank politics, do not violate human rights, this is my request.”
BJP’s Saroj Pandey highlighted the “appeasement politics”of Opposition-led governments and Vinay Sahasrabuddhe said Indian Muslims had no problem with Article 370, Ram Mandir or CAB as they are patriots. “Muslims are not scared of us, they are scared of you and your votebank politics,” he said.

Poster Urging Balcony Ovation For PM Viral, He Says Do This Instead