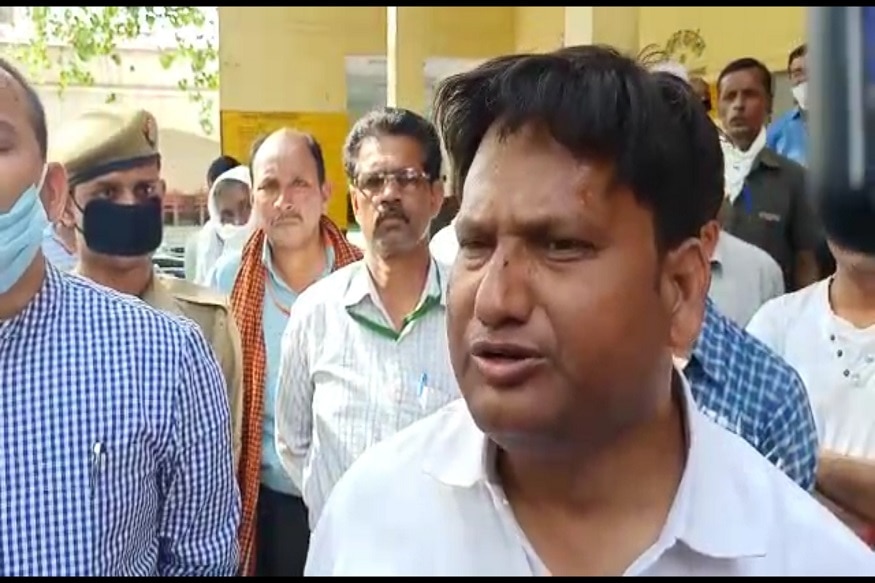 In a shocking incident reported from Kannauj district in Uttar Pradesh, a BJP Member of Parliament allegedly broke into the house of a tehsildar and assaulted him along with 20 to 25 of his supporters.

The incident took place over ration distribution to certain people mentioned in a list sent by Kannauj MP Subrat Pathak. Around 10 motorcycles have been seized from the spot where the tehsildar, identified as one Arvind Kumar, was allegedly assaulted.

Kannauj District Administration said action will be taken after investigating the matter.

Speaking to media about the incident, Kumar alleged, “MP Subrat Pathak spoke to me over phone and asked why ration was not distributed to people mentioned in a list sent by him. I responded that I had sent the list to the senior officials who will identify the people and distribute it. I told him I will confirm the people in the list to him soon."

Kumar added, “However soon after, the MP started abusing me and threatened to beat me up. I then informed DM, SDM and ADM about the incident who told me to leave for my house."

Kumar said around 20 to 25 men barged into his house along with Pathak sometime later and threatened and then beat him up.

"I told them that the ration was being distributed by Nayab sahab(another official) after which they snatched my phone and the MP started slapping me several times. The others also then started beating me up. Another 'lekhpal' who tried to help me was also beaten by the men," Kumar alleged.

The supporters of the MP, however, denied the incident and said that they had merely gone to discuss some developmental projects with Arvind Kumar.

The revenue official has filed a report and the District Magistrate and Superintendent of police said that action, if needed, would be taken after initial investigations.