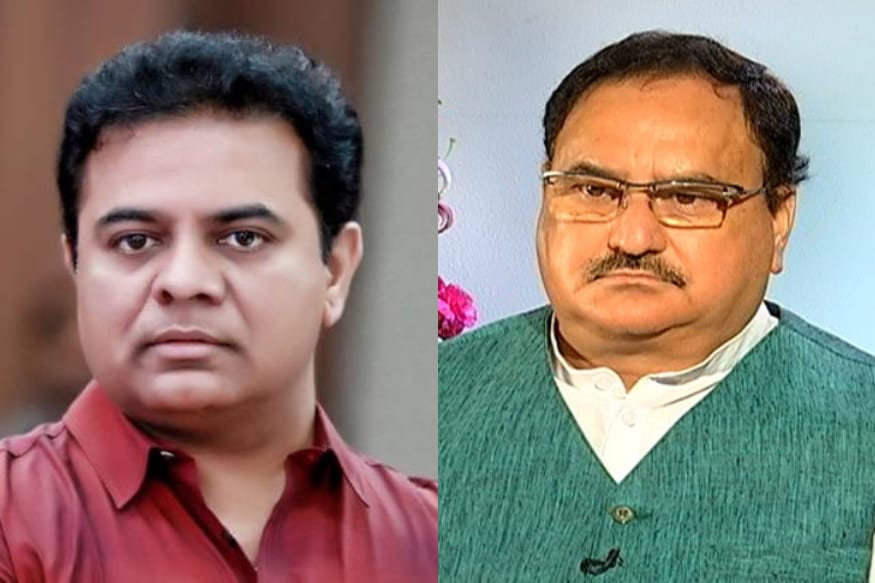 He also hit out at the BJP for the recent political developments in Karnataka where a Congress-Janata Dal (Secular) coalition government was brought down by rebel MLAs following which the saffron party came to power with BS Yediyurappa at the helm. Rao said, “Nadda says KCR (K Chandrashekhar Rao) is pushing the state into abasement… You can play your tricks in Karnataka. You can’t do the same in Telangana. People here are intelligent.”

Taking a dig at Nadda’s name, he said, “He is JP Nadda. I never heard his name. But after listening to what he said, I understood that his name is not JP Nadda, but an 'adda'(place) of blatant lies.” Speaking to party workers in Hyderabad, Rao refuted all allegations levelled against the KCR-led government and dared him to prove it if he had the courage of conviction. He said, “Nadda is making baseless allegations. If the BJP has any evidence against our government’s corrupt practices, it should bring it out in front of the people.”

Reacting to Nadda's corruption comments, Rao said the NDA government did not in any way support the world’s biggest lift irrigation project undertaken by the Telangana government. “I ask Nadda one thing, you spoke as you liked on Sunday. You say there was corruption in government projects, but first crosscheck with your officials before you level such charges. If you have any courage of conviction, come out with proof,” he said.

“The BJP should not forget the results of assembly elections. They contested in 119 seats and lost deposit in 103 constituencies,” he said. He said no BJP-ruled state was providing 24-hour electricity to agriculture sector like Telangana. The state’s welfare schemes acted as a role model for the entire country and were being emulated even by the Centre.

He said Union government’s PM-KISAN scheme was inspired by Rythu Bandhu and Jalshakti Abhiyan by Mission Bhagiratha. Rao said if there was corruption, government think tank NITI Aayog would not recommended financial assistance for Mission Bhagirath and Mission Kakatiya.

He also alleged that the ruling saffron party was trying to create differences among religions and the latter was not in favour of a peaceful atmosphere in the country.