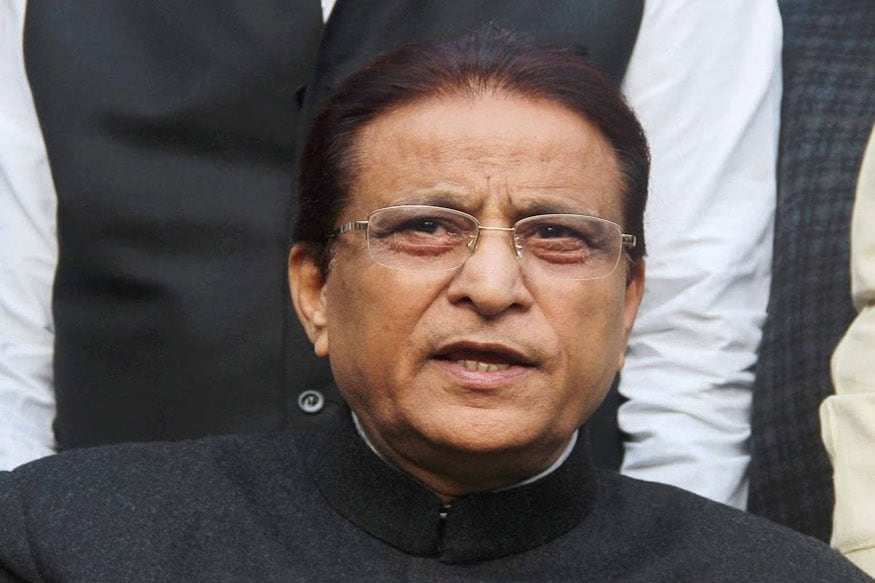 Sitapur: A day after surrendering at a Rampur court and being remanded in judicial custody there, SP MP Azam Khan, his wife and son were on Thursday shifted to Sitapur jail, where party chief Akhilesh Yadav met them.

After meeting Khan, Yadav said the Smajwadi party party MP has been targeted by the BJP under a "political conspiracy".

"I met Azam sahab. His wife is not well and son also has injury in his hand. I hope the jail administration will provide them due facilities. After the BJP came to power, Azam Khan was targeted. It was a political conspiracy due to which he was sent to jail. The court will help him," he said.

Akhilesh was talking to reporters after meeting Azam Khan, his legislator-wife Tazeen Fatma and MLA-son Abdullah Azam, who were shifted to the district jail here from Rampur on early Thursday morning.

"The three reached Sitapur Jail on Thursday morning. They are expected to be here till March 2," a jail official said.

On reaching Sitapur from Rampur, Khan earlier spoke to reporters waiting for him at the jail entrance. Asked about the number of cases lodged against him, Khan said, "The entire country knows what is happening to me and my family."

On being shifted to Sitapur Jail, he said it was the government's decision.

Khan and his family members surrendered before a Rampur court on Wednesday and were sent to judicial custody till March 2 for their alleged role in securing a fake birth certificate of their former MLA son Abdullah.

The case relates to two birth certificates of Abdullah Azam, who allegedly gave a wrong date of birth while filing his nomination papers for the UP assembly elections in 2017.

Abdullah's election was set aside by the Allahabad High Court last December.

In one birth certificate, issued by the Rampur municipality, Abdullah's birth date was mentioned as January 1, 1993. The other certificate said he was born in Lucknow on September 30, 1990, according to the charge against him.

A case was also registered against Azam Khan and his wife as they had submitted an affidavit testifying to the authenticity of their son's second birth certificate.

Azam Khan represents Rampur in the Lok Sabha and his wife is an MLA from the Rampur assembly seat. Their son Abdullah had won from the Suar assembly segment in 2017, but was unseated by the high court for being underage as per one of the birth certificates on the date of filing nomination papers.

In recent years, Azam Khan has also faced charges of encroachment of land around Rampur's Mohammad Ali Jauhar University, which he heads as chancellor.