'Arvind Has His Heart in The Right Place': Kejriwal's Former Top Adversary Najeeb Jung is Now a Fan 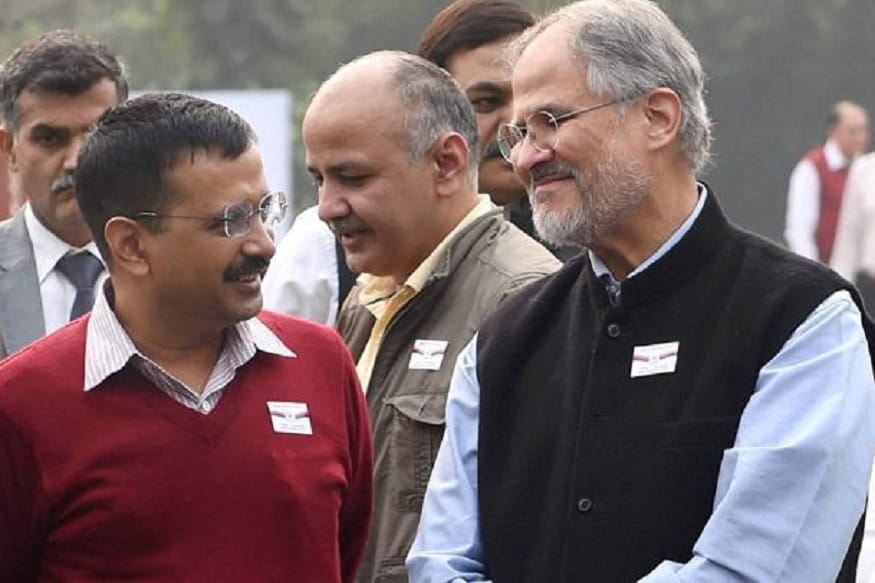 New Delhi: Delhi’s former Lieutenant Governor Najeeb Jung’s ties with chief minister Arvind Kejriwal are remembered for the fierce power struggle that came to define one of the most controversial eras in India’s history of federalism.

But three years after Jung left his post, he looks to have put any hostility behind him. Sitting down for a chat with News18, the former IAS officer praised the work done by the Kejriwal-led AAP government and said the performance had improved a lot in the last one year.

“I think as a chief minister, Arvind has his heart in the right place,” Jung, who had suddenly resigned as the L-G in December 2016 after a long-running feud with the CM, said a few weeks before Delhi goes to polls.

The two now share a good personal relationship, he said, and any acrimony between them is a myth.

He said that while there had been differences between him and Kejriwal earlier, they were on the issues of interpretation of the Constitution. “We looked at things differently. I respect him for that because politicians often see things differently from the trained civil servants like myself,” he opined.

Describing the growth that he has seen in Kejriwal, Jung said he has become a “much, much better” administrator over the last one year, as he talked about the importance for a government to take the civil servants with them. “He has learnt in six years, I think,” he added.

The 69-year-old, however, feels that the Delhi CM would have been far more successful than he has been, had he carried the civil servants in him from the beginning.

“His initial enthusiasm of getting 67 seats at such a young age, made him take a path of aggression. I think that was not necessary,” he told News18.

“But leaving that aside… his performance has been very good. I have enormous respect for Manish Sisodia and the way he conducted himself… worked in education. I also respect Arvind for his work in the health sector,” Jung added.

As Delhi L-G, Jung had clashed with the Kejriwal over several issues, the most contentious of them being the ambit of Delhi government’s Anti-Corruption Bureau, appointment of bureaucrats and the transfer of officials, forcing the two parties to approach the courts often – a tussle that saw governance in the Capital suffer.

Reflecting on it, the seasoned bureaucrat who also served as the Vice-Chancellor of Jamia Millia Islamia, said the AAP government would have performed even better had it a willing bureaucracy with it.

“That was an impediment for him (Kejriwal) only because his relations with civil servants were never the best. He had the desire to work quickly: systems should work quickly but systems have their own momentum. You can’t short cut procedures,” he said, adding, “We can develop systems to hurry them up but at that time civil servants were not ready to work the way Arvind wanted them to. This adversely impacted his own administration.”