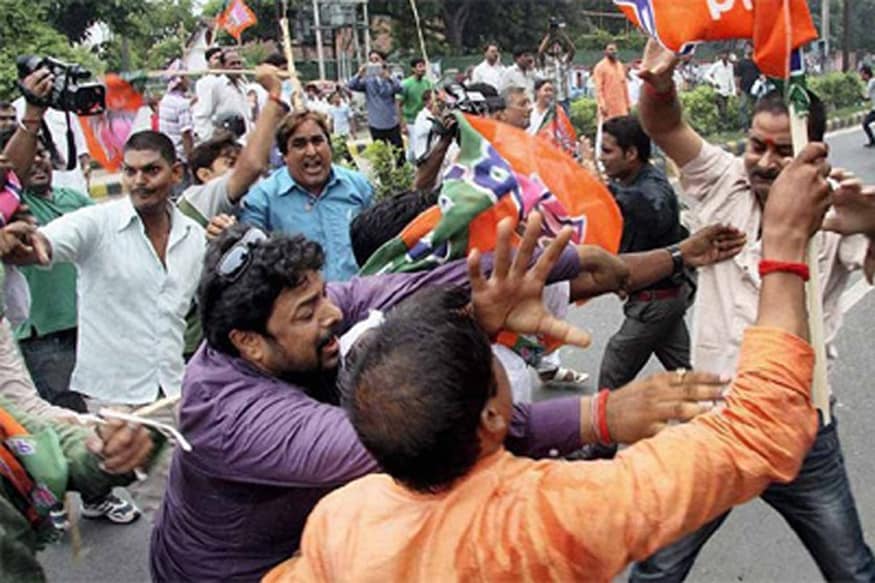 Kolkata: Amid reports of ongoing political violence in Bhatpara in Bengal's North 24 Parganas district, another BJP activist died on Saturday after being brutally beaten up allegedly by Trinamool Congress-backed miscreants in the same district's Amdanga, a state BJP leader said on Saturday.

According to saffron party sources, Karim, a former CPI-M worker, switched to BJP during the 2019 polls. He was attacked by Trinamool workers on Friday.

"Many CPI-M supporters, including Karim, joined the BJP. They worked for the party during the polls. He was also a booth agent. That is why he was killed. Trinamool activists are murdering our supporters with the help of administration," said BJP's Barrackpore MP Arjun Singh after meeting the victim's kin.

Police said Karim was brutally beaten up by a group of men after an altercation between them, but did not confirm the political affiliation of either the victim or the accused.

"Nazimul Karim (23) was brutally beaten up during an altercation at a local market. He was admitted to a local hospital. Then, he was referred to a Kolkata hospital where he died this morning. A complaint has been lodged and investigation is going on," police said.

A clash broke out between the BJP workers and police when security personnel reached the spot at Amdanga after the incident.

Amdanga, known for its history of political violence, was on the boil during panchayat elections last year.