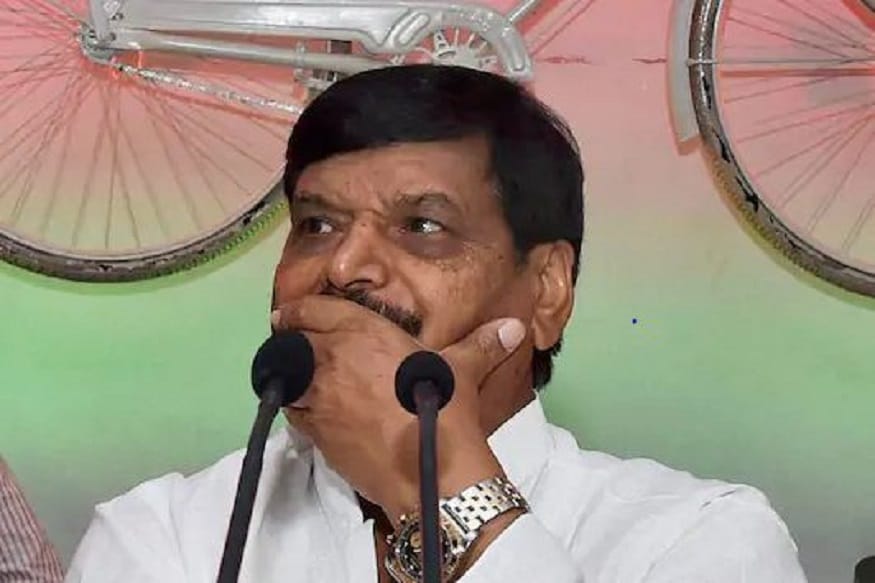 Lucknow: The politics of Uttar Prdaesh has always been unpredictable and once again speculations are rife of Yadav clan getting united ahead of 2022 state assembly polls. The Akhilesh Yadav-led Samajwadi Party, which had given plea to UP Assembly speaker for disqualifying Shivpal Yadav after he formed his own break-away group and a political outfit later on, has now taken back the plea.

Uttar Pradesh assembly Speaker Hriday Narain Dixit allowed SP to withdraw its plea for disqualification of Yadav after a letter was written to him by Leader of Opposition and senior Samajwadi Party leader Ram Govind Chaudhary.

Shivpal, who is still a Samajwadi Party MLA from Jaswantnagar seat, had formed a break-away group after differences with his nephew and SP Chief Akhilesh Yadav went public.

Shivpal Yadav had later on formed his own political outfit called Pragatisheel Samajwadi Party Lohia. Although PSPL couldn’t win any seat in the 2017 Assembly elections and 2019 Lok Sabha Polls but it is estimated that he had dented prospects of Samajwadi Party on many seats.

After the letter of Ram Govind Chaudhary seeking withdrawal of plea went public, speculations became rife that something was cooking in one of the biggest political clans of the country. Answering questions from media if Shivpal was set to return to SP fold, Chaudhary fuelled the speculations more by saying, “It is politics, anything is possible.”

Earlier in 2019 also the Yadav clan showed signs of coming together as both Akhilesh Yadav and his estranged uncle Shivpal Yadav indicated at a possible truce.

Answering a question on the possibility of Shivpal Yadav's return to Samajwadi Party fold, SP chief Akhilesh Yadav had said, “Doors are always open for everyone, we will take everyone back without a second thought. There is democracy in our family all the members are free to follow the ideology they want to. Unless we grow our family how will we contest elections?”

The reaction from Akhilesh came after a statement from Shivpal that hinted at the possibility of a truce. Speaking to media in Mainpuri on any chances left for return in the Yadav clan, Shivpal had said, “From my side there are chances of return.” The speculation of Shivpal Yadav and Akhilesh coming together has been rife since the poor performance of Samajwadi Party in the recently concluded 2019 Lok Sabha Elections.

SP president Akhilesh has led the party to its worst defeats — in 2014 when he was chief minister, the SP ended up with just five Lok Sabha seats, in 2017 when he became party president it was reduced to 47 seats in the 403-member assembly and in 2019, despite allying with BSP, it could just hold on to its five seats.

Soon after the Lok Sabha results came in, Akhilesh had been turning to his father for advice and guidance — something he did not do in the past. The senior Yadav, to begin with, had reportedly asked Akhilesh to reconnect with non-Yadav leaders in the party and demolish the perception that SP is an all-Yadav party.

Mulayam Singh Yadav also wanted senior leaders in the party to be involved in decision making and had asked Akhilesh Yadav to ensure the return of those leaders who have left the party in the past two years. If informed sources are to be believed, Mulayam Singh Yadav had asked his son to build bridges with his estranged uncle Shivpal Yadav.