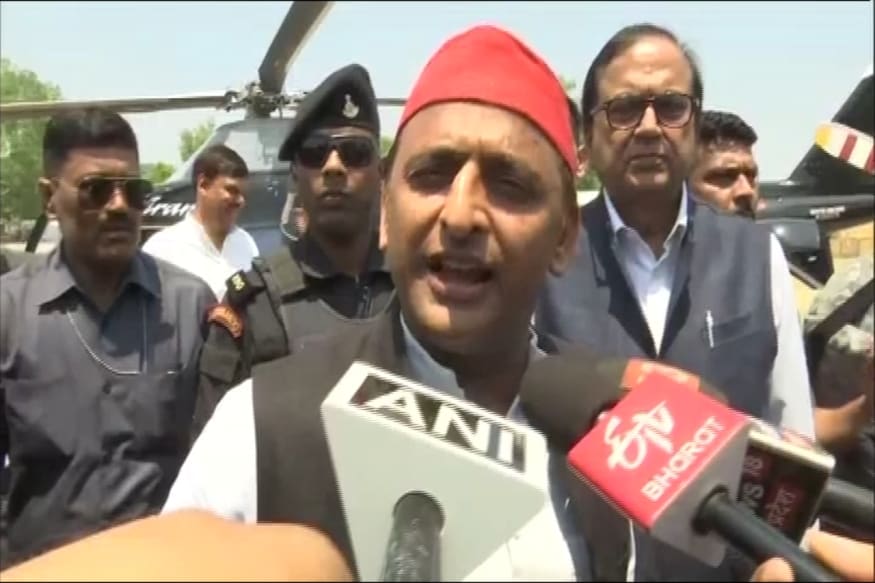 Lucknow: As the 'bhumi pujan' of the grand temple in Ayodhya, at a spot where devotees believe Lord Ram was born, takes place on Wednesday, former Uttar Pradesh Chief Minister and Samajwadi Party Chief Akhilesh Yadav has finally broken his silence on the issue of Ram Mandir.

In a tweet ahead of the temple ceremony, Yadav said the path shown by Maryada Purshottam Ram should be followed by the present and future generations.

“Jai Mahadev Jai, Siya-Ram, Jai Radhe-Krishna, Jai Hanuman… May everyone be full of Lord Shiva's welfare, Shri Ram's abstinence and Shri Krishna's unbridled spirit! Hope that the present and future generations will also follow the dignity for the good and peace of everyone with the true heart, as per the path shown by Maryada Purushottam,” he said.

On Tuesday, Congress leader and AICC general secretary Priyanka Gandhi had also reacted to the move and termed the bhumi pujan an occasion for “national unity, fraternity and cultural congregation”.

“Simplicity, courage, restraint, sacrifice, commitment, are the essence of the name Deenbandhu Lord Rama. Ram is in everyone, Ram is with everyone. With the message and blessings of Lord Rama and Mother Sita, the Bhoomipujan of Ramlala's temple became an occasion for national unity, fraternity and cultural congregation,” she said in a tweet on Tuesday.

The foundation stone for Ram Temple will be laid by Prime Minister Narendra Modi in Ayodhya today at around 12:30pm. Around 175 distinguished guests are expected to attend the event amid tight security. The Prime Minister has a schedule of around three hours in Ayodhya and he will also visit Hanuman Garhi before heading for the Bhumi Pujan.