Adityanath Attacks Cong on J&K Issue, Says No Person with Self-respect will Take up Party Membership 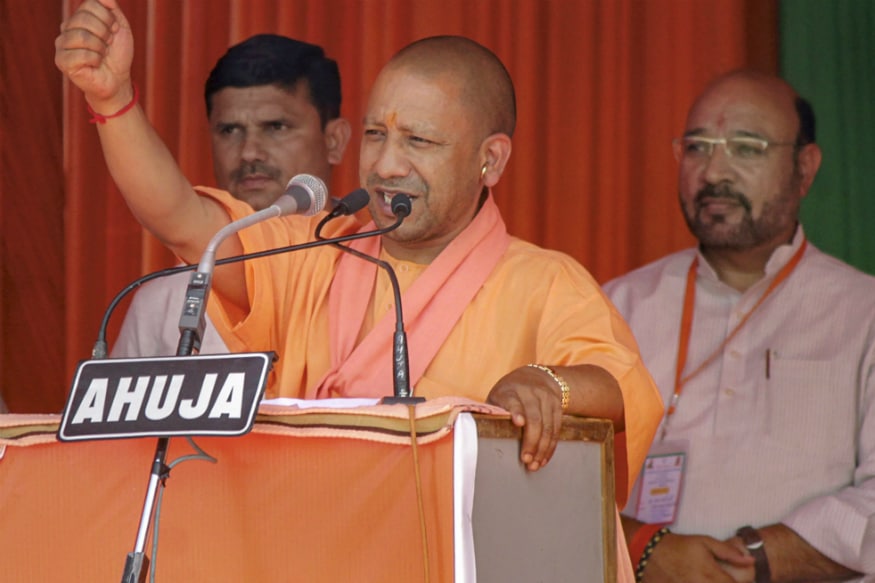 Pratapgarh/Chitrakoot/Kanpur: Launching a scathing attack on the Congress, Uttar Pradesh Chief Minister Yogi Adityanath on Tuesday said the party was opposing the abrogation of Article 370 of the Constitution, which was a "blot" on Kashmir, and that no person with self-respect would take up the membership of the grand old party.

"The Congress is opposing the abrogation of Article 370, which was a blot on Kashmir. Under such circumstances, no person with self-respect will accept the membership of the Congress," Adityanath said, addressing a rally in Pratapgarh.

On the occasion, he also welcomed former Congress leader Ratna Singh and her supporters, who joined the ruling Bharatiya Janata Party (BJP). The chief minister addressed rallies in Pratapgarh, Chitrakoot and Kanpur in support of the BJP candidates for the October 21 Assembly bypolls.

He appealed to people to vote for the saffron party and said the Samajwadi Party (SP), the Bahujan Samaj Party (BSP) and other parties had done politics of caste and religion and promoted nepotism, the repercussions of which were being faced by Uttar Pradesh.

"Development and good governance are not on the agenda of these parties. It is wrong to expect development measures from them," he said.

Addressing a rally in Chitrakoot, Adityanath said, "For the last 15 years, the SP, the BSP and the Congress, in connivance with some contractors, looted the funds which were allotted for development works in the region. After the formation of the BJP government in the state, the region has become free from dacoits."

The chief minister said the fighter jets to be manufactured at the factories here on the defence corridor would give a befitting reply to the enemies of the country.

"The tanks made in Chitrakoot will protect the country's borders and they will have Chitrakoot written on them," he said.

Talking about various welfare schemes, Adityanath said his government had sanctioned Rs 9,000 crore for providing pure drinking water to all the households in the state.

"After the construction of the Bundelkhand expressway, the distance between Delhi and Chitrakoot will be covered in five hours. Besides, our government is constructing cow shelters for the protection of stray cattle. If any farmer is keeping stray cattle at home and taking care of it, the state government is helping him by giving Rs 900 for each animal," he said.

At the Kanpur rally, the chief minister claimed that the Congress and Pakistan were pained the most after the Centre abrogated Article 370, which gave a special status to Jammu and Kashmir, and bifurcated the state into Union territories.

"As many as 41,000 citizens of Kashmir have died due to Pakistan-sponsored terrorism, but the SP, the BSP and the Congress never did anything on the issue. Under the leadership of Prime Minister Narendra Modi, the BJP abrogated Article 370 and paved the way for development in Kashmir," he said.