AAP Gears up to Contest All 230 Assembly Seats in MP 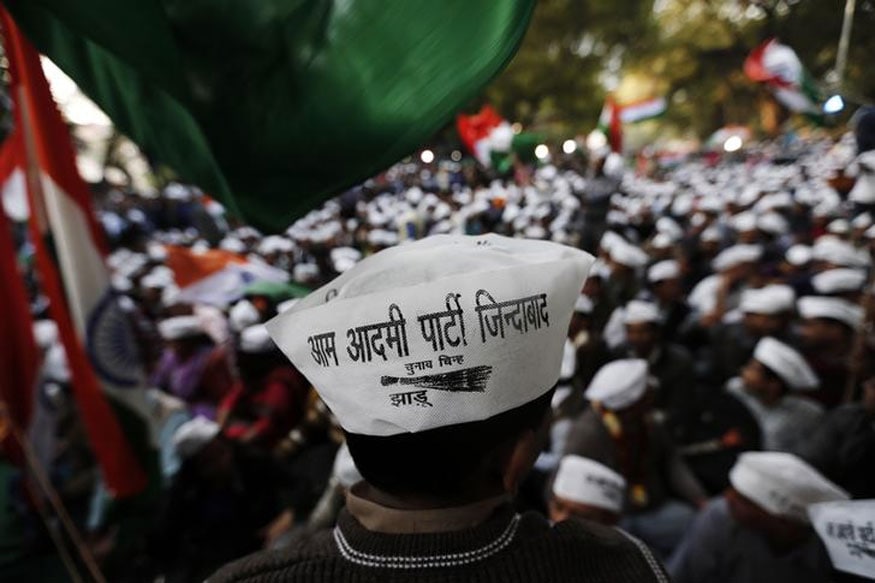 Indore: In a bid to emerge as the third force in the year-end Assembly polls in Madhya Pradesh, the Aam Aadmi Party (AAP) is going to fight on all 230 seats with 80 per cent tickets earmarked for new faces, a senior party functionary said on Sunday.

Its outing in the 2014 Lok Sabha elections was forgettable with the party losing all 29 seats and most of its candidates forfeiting their deposits.

"We will give tickets in the forthcoming MP Assembly polls to 80 per cent new faces including ex-army men, engineers, managers, doctors and young professionals. People have grown sick of the old faces of other parties," AAP's chief ministerial candidate and state president Alok Agrawal said Sunday.

He said that the party has so far picked 119 nominees for the state polls.

"AAP stands a bright chance to emerge as the third force in MP given that a strong anti-incumbency wave is at work against the BJP, ruling the state since the last 15 years, and the Congress was not in a position to be an alternative," Agrawal said.

Agrawal claimed that the ruling BJP had failed on all counts, alleging that corruption, and problem of malnourishment in children was rampant.

He denied that his party did not have a strong organisational base to take on the BJP and the Congress."We have a booth committee and are going to reach out to voters with a door-to-door contact programme," he added.