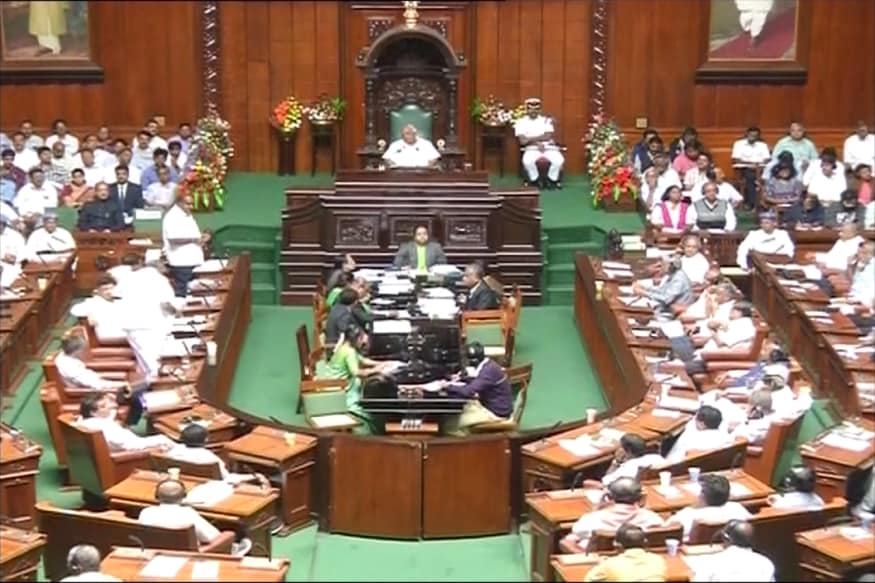 Bengaluru: Karnataka is heading into a nearly month-long Assembly session from Monday, but what will be difficult to shake off is what the last year meant for the state and its legislature.

2019 will go down as the worst ever in the history of the Legislative Assembly as far as functioning of the Karnataka Assembly is concerned. The Assembly only found 18 days of the year in which to hold sittings — this is made clear by records in the Speaker's Secretariat for every Assembly (the current Assembly is the 15th one voted in).

When the Assembly met again by mid-July, there were six days of debates over the confidence motion by former Chief Minister HD Kumaraswamy, after which the coalition government fell and he resigned. It met again for two days to endorse the confidence vote by BS Yediyurappa who had taken oath as Chief Minister. This was an Assembly whose strength was reduced as 17 MLAs had been disqualified by the Speaker.

After the BJP came to power, it held a single three-day session in October for the most important finance-related legislations to be passed, and then adjourned the Assembly. The opposition Congress's demand for a longer session to discuss the floods that hit north Karnataka fell on deaf ears.

The by-elections necessitated by the disqualification of the MLAs took almost two months of time in court cases, campaigns and other things.

The other such dubious performance of the Assembly was in 2008, when only 17 sittings were held in June and July -- but that year had seen six months of President's Rule during which time the Assembly remains suspended and cannot hold meetings.

In 2019, the Assembly was very much in place and there were no excuses to not carry forward any government policy or programmes -- either that of the coalition or of the BJP government.

2018 had also seen an election mid-year (the Assembly polls), but it still managed 33 sittings during the course of the year.

While the session on Monday started off on a non-controversial note, with the Governor's address not mentioning issues such as the Citizenship Amendment Act (CAA), this five-day session will be followed by a month-long sitting from March 2, when the Yediyurappa government's budget is presented.

The Speaker has also said that two days -- March 2-3 -- will be reserved for "discussions on the Constitution" as such a session could not be held until now to commemorate 70 years of the Constitution.

Doubtless, in the backdrop of issues like the CAA and the sedition case filed against a Bidar school principal and a student's mother over an alleged anti-CAA play, the session could be a chaotic one.

But as far as 2019 goes, it is a lost year in legislative history. And the worst year in Karnataka since 1952, when the first Assembly was elected to office.