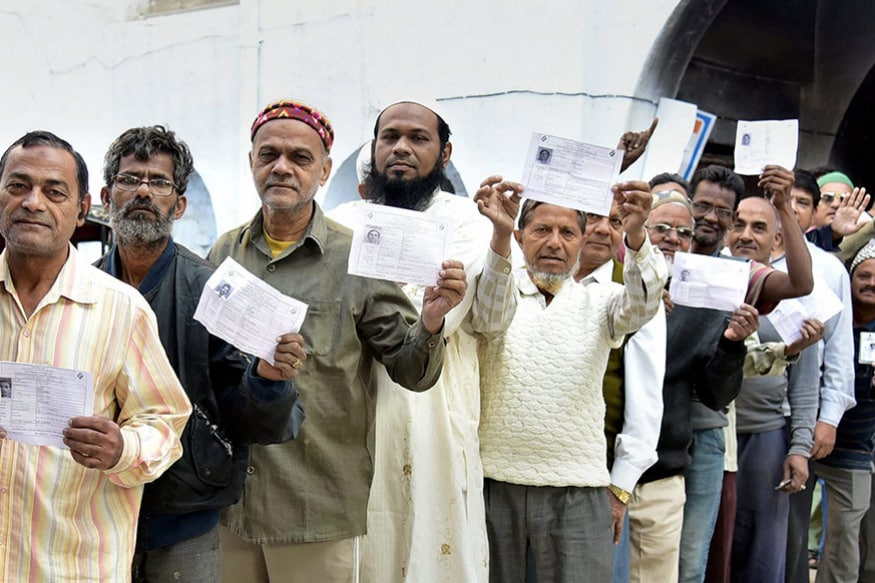 Gangtok: An estimated 67.99 percent of around 44,500 voters exercised their franchise on Monday in by-polls in three Sikkim Assembly seats, including one from which the chief minister who is not a member of the House, is contesting.

The highest voter turnout of 79.36 per cent was recorded at Poklok Kamrang constituency where chief minister Prem Singh Tamang aka Golay is locked in a triangular contest, the office of the Chief Electoral Officer said.

In the two other seats, Martam Rumtek and Gangtok, 72.60 per cent and 52.03 per cent votes were polled respectively.

Counting of votes will take place on October 24. Of the three seats, Poklok Kamrang is in focus as Chief Minister Golay, also president of Sikkim Krantikari

Morcha (SKM), is a contestant there. He had filed his nomination papers on the last date on September 30, a day after the EC reduced his disqualification period by almost five years.

The Election Commission (EC) on September 29 reduced Tamang's disqualification period by almost five years under a provision of the electoral law, paving the way for him to contest the state assembly elections.

The BJP, which drew a blank in the Sikkim Assembly elections earlier this year, had on September 28 announced that it has tied up with the ruling SKM in the state for the October 21 by-polls to three Assembly seats.

Tamang's disqualification period of six years, during which he was barred from contesting polls, began on August 10, 2018 -- the day he completed a year's jail term in a corruption case. It was to end on August 10, 2024. But the EC reduced it to one year and one month.

Tamang, whose Sikkim Krantikari Morcha Party (SKM) won the state Assembly elections held in April, took over as the chief minister on May 27. However, he could not contest the elections due to the disqualification.

He has to contest assembly polls within six months of becoming the chief minister to hold the office. Tamang was found guilty of misappropriation of government funds in a cow distribution scheme while he was the minister of animal husbandry in the 1990s.

Bhaichung Bhutia is locked in a six-cornered contest from Gangtok seat reserved for the trial Bhutia and Lepcha communities.