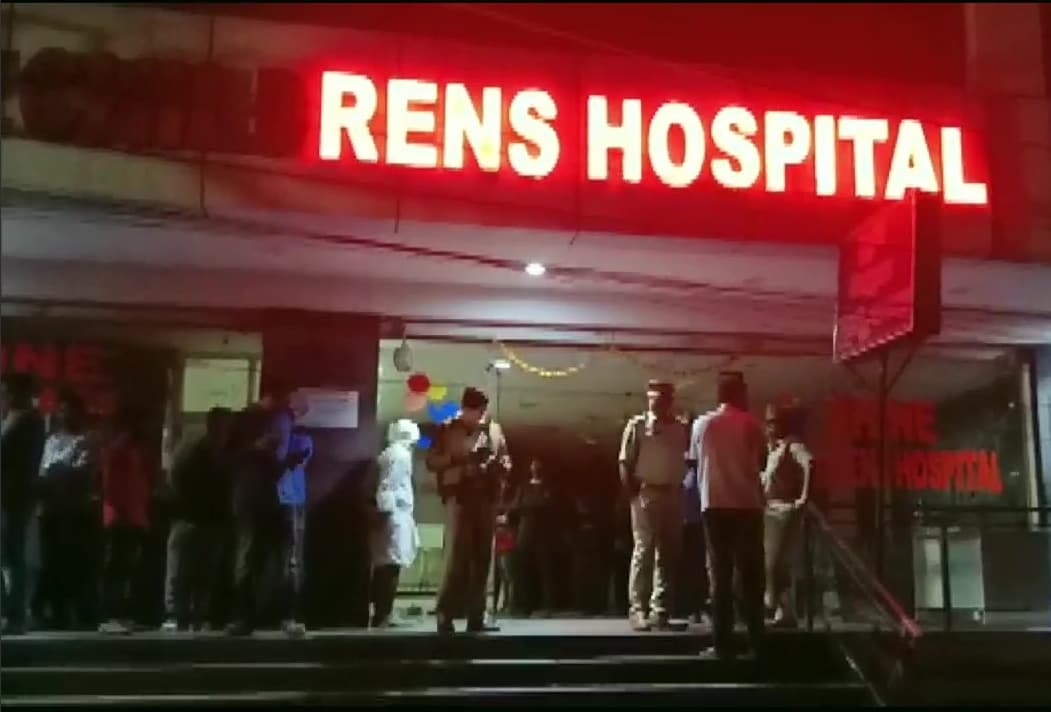 Hyderabad: A three-month-old baby boy died and four others were injured after a fire broke out at a private children's hospital in LB Nagar in the wee hours of Monday, police said.

One baby died in the fire mishap and four other babies were injured and shifted by parents and police to different hospitals and they were stated to be doing fine, the police official said.

The fire was extinguished with the help of firetenders, police said.

As per preliminary information, a suspected short circuit caused the fire, Reddy said.

As many as 42 children were undergoing treatment at the hospital at the time of the accident and the five babies were admitted in the NICU, the Inspector said.

Meanwhile, some people including parents and relatives of the injured children held a protest in front of the hospital.

A case under IPC section 304A (causing death by negligence) has been registered in connection with the incident and a probe is on.

Another fire broke out in a hotel in Indore in Madhya Pradesh. The five-storey structure is situated in a residential area of Indore.

A team of fire tenders was rushed to the spot and efforts to douse the blaze are on. Rescue operations are underway as some people are feared trapped inside the building.