2019 Government Elected on the Basis of Performance, Not Dynasty: Amit Shah 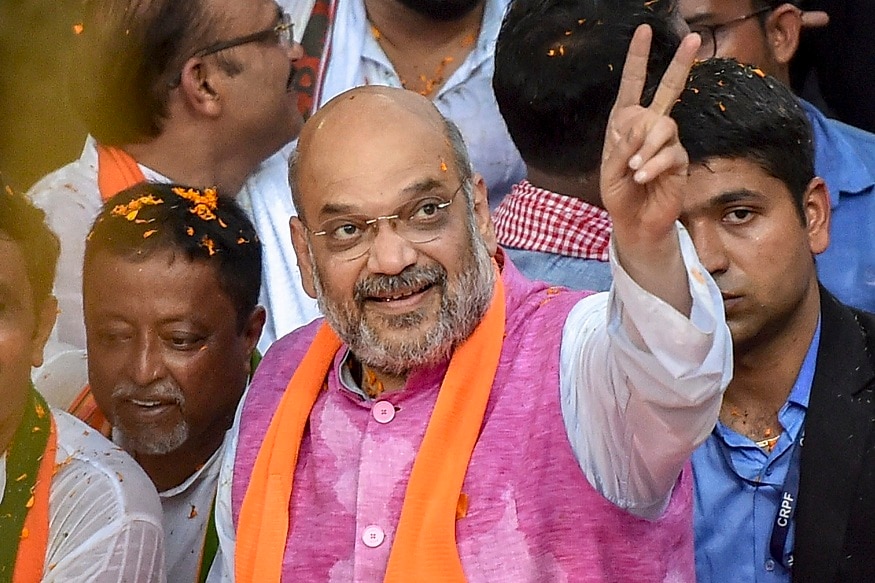 New Delhi: BJP President Amit Shah on Saturday said the air strike in Pakistan's Balakot in response to the Pulwama terror attack was a reply to those who had dismissed the cross-LoC surgical strike of September 2016 as fluke.

Speaking at the NDA Parliamentary meeting, Shah said the surgical strike and the Balakot air strike proved that India had a leader who could target the terrorists in their den.

"During the 90s, when terrorism raised its head and shook the country, people felt that the then governments were not serious about the safety and security of the country. For the first time under the Modi government, people have confidence that here is a leader who can hit the terrorists in their den," he said.

He further said that people's mandate in the 2019 Lok Sabha elections underlined that governments will be elected on the basis of their performance, not dynasty, caste politics or appeasement politics.

Noting that he has worked closely with Prime Minister Narendra Modi for many years, Shah said that Modi didn't take a single leave in 20 years.

"Not just this, I've never seen him being lazy and he works for 18 hours a day," added Shah.

He said when Modi became the Prime Minister for the first time in 2014, ordinary citizens were filled with hope that a person from a modest background could be elected to the highest office.

"With that hope, the people have trusted Modi. The success of the extension of Gujarat model to the whole country was an experiment and people have blessed Modi once again. What Modi promised, he has been able to deliver, and this trust has been shown by the people in him," he said.

Shah added that the 22 crore poor who have been the beneficiaries of the Prime Minister's welfare schemes have shown their faith in him.

Shah added that he has toured the country from Kashmir to Kanyaumari and Kamarkhya to Kutch, and people in all parts of the country have unanimously voted in favour of Modi. "There has been a Modi Tsunami in the country," he said.

"Without any taint, he (Modi) has been elected as the country's Prime Minister for the second term. This has been possible because he governed the country by rising above vote bank politics. In the last five years, he took many tough decisions, but none that did not benefit the country," the BJP President said.

"The citizens I have spoken to want the country to become a global super power and 'Bharat Mata' be accorded her proper place on an international scale. I wish that Modiji is able to take forward the strong foundation of a 'New Bharat' that he has placed and is able to fulfil the dreams of a successful democracy that the whole world will admire," Shah concluded.
(Get detailed and live results of each and every seat in the Lok Sabha elections and state Assembly elections in Andhra Pradesh, Odisha, Arunachal Pradesh and Sikkim to know which candidate/party is leading or trailing and to know who has won and who has lost and by what margin. Our one-of-its-kind Election Analytics Centre lets you don a psephologist’s hat and turn into an election expert. Know interesting facts and trivia about the elections and see our informative graphics. Elections = News18)