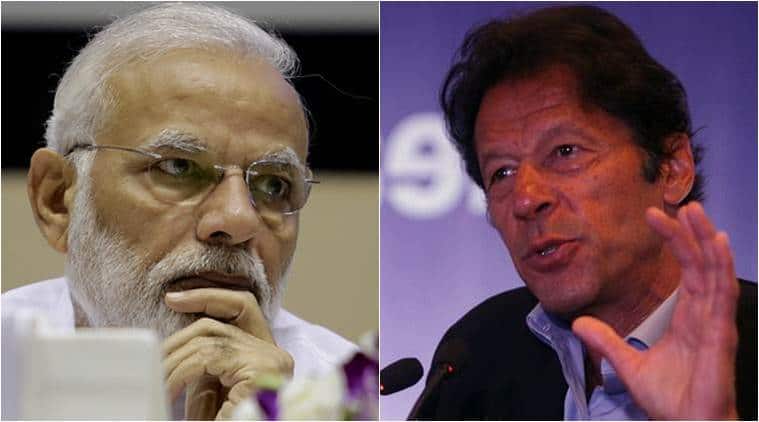 Prime Minister Imran Khan wants peace and wants to talk. Prime Minister Narendra Modi will not talk till after he has won the next election. This will make Pakistan retreat to its reflex of “brave defiance”, as both kill each other’s civilians on the Line of Control through senseless firing. India is under the spell of a vote-winning Hindutva; Pakistan risks taking the familiar path of jihad. Both need to talk. But they have talked numberless times in the past. Every time they talked, their bureaucrats ritually embraced deadlock to appear heroic back home. India said: First stop “cross-border terrorism”. Pakistan said: First let’s talk about Kashmir.

This year, for the first time, Pakistan has changed tack. It thought of normalisation of relations with India before frontloading Kashmir. There was the Kartarpur Corridor facilitating Sikhs in their devotional travels inside Pakistan. Planned also was a similar facilitation of Hindu visitors to the Sharada Peeth shrine. It seemed Pakistan was breaking the code of its past behaviour under Imran Khan with the tall figure of the Army Chief General Bajwa looming behind him in support. Then an old reflex reasserted itself when Pakistan included a Sikh in its negotiating team on the Kartarpur Corridor. This was an unwise quirk that is difficult to comprehend. Focused on the coming polls, India happily backed off. Luckily, the Kartarpur Corridor is once again on line, which underlines its bilateral importance.

There is a path of “normalisation” available within the “connectivity” concept developed under SAARC when Prime Minister Manmohan Singh was applying his mind to the Indo-Pak deadlock. He saw “normalisation” of relations in “free travel”, “free trade”, and “free road access” through each other’s territory, apart from gas pipelines going to India from Iran and Turkmenistan through Pakistan, thus getting rid of the “revisionist” agendas that trigger war and terrorism through non-state actors.

India could have fought “revisionist” wars with China but it chose “trade” instead and is now a high-growth third-world state that the world looks up to. Bangladesh could have taken a revisionist stance on the many disputes it has with its big western neighbour, but under Prime Minister Sheikh Hasina, it has preferred “normalisation” to war and won for itself a growth-rate that shames a bankrupt Pakistan from which it separated in 1971.

It looks as if Prime Minister Imran Khan is willing to change tack. He may have sensed that the world is not with Pakistan as a revisionist state. The world doesn’t want Kashmir to fall to Pakistan even if Pakistan’s case is legally persuasive. The country’s “internal” sovereignty has been so undermined by its “revisionism” eastward that it can only be a spawning-ground for global terrorism. One is persuaded that Prime Minister Khan has grasped the dire situation in which he finds himself. Without knowing it, he may be trying to tackle a “revisionist” economy that started dying decades ago because of Kashmir.

Maybe PM Modi will revert to Pakistan after he has won this year’s election and walks back his Hindutva that is booby-trapping India’s own multicultural society. Those in India who think it’s no use talking to Pakistan when it is sinking should know that waiting for Pakistan to evaporate from the face of the earth may take too long and lose India the chance to help Pakistan at arriving at a bilaterally acceptable solution, which will actually be Pakistan’s “self-correction” in disguise. It is quite possible that Pakistan has lost its ability to set things right at home even if it wants to, in which case it needs to be helped rather than challenged.