It was depressing to see the video of a small group of mourners wearing corona-prevention masks being dispersed with water cannons on a rainy day in Istanbul. The group was carrying the body of Helin Bölek for the funeral on April 4. The revolutionary singer had died after 288 days of being on hunger strike, demanding the freedom to sing the songs of her choice.

According to a post on the group’s Twitter account, Bölek and fellow band member, Ibrahim Gökçek, started the strike while imprisoned to protest against the way the government treated their popular music collective, Grup Yorum, which has had a rotating membership. Ever since its formation in 1985, band members had been subject to persecution and arrests by the state, which was alarmed by their revolutionary influence. Six members of the band were on the state’s “grey list” as wanted terrorists, with a cash reward on their heads. The band had been demanding an end to the embargo on their concerts and the release of their jailed members.

Marion Wallace Dunlop, one of the most well-known British suffragettes who helped to make voting rights to the British women possible, once resisted a male jailor force-feeding her when she was on a hunger strike in 1909. Her demand was simple: “Grant me the status of a political prisoner.” The mighty system failed before her conviction. Dunlop was later given a “Hunger Strike Medal for Valour” by the Women’s Social and Political Union, one of the organisations that helmed the struggle. British Prime Minister Margret Thatcher might have called Bobby Sands, member of the Provisional Irish Republican Army “a criminal who decided to die” when he went on a fast unto death while imprisoned, after being sentenced for firearms possession but ask any Irish, and he is a Mahatma. Along with nine other comrades, Sands died while on a hunger strike — for 66 days, in the HM Prison Maze in Northern Ireland.

Mahatma Gandhi was 79 when he began his last fast on January 12, 1948, just 18 days before his martyrdom. No one could achieve what Gandhi did through his fasting, and the people never allowed Bapu to starve to death. In a private letter to his father, on the day Bapu started the fast, Devadas Gandhi wrote: “By your strenuous efforts [for communal harmony] lakhs of lives are saved and lakhs more would have been saved. What you can achieve while living, you cannot achieve by dying.” Even then, Gandhi was unmoved. Perhaps Gandhi knew that his death would not be by fasting. Only an individual could kill him, not any government. He had categorically stated so more than once. Governments, whether the British or the post-Independence one, knew for certain that they couldn’t play with the life of the Mahatma as he enjoyed massive public support. The difference between Gandhi’s indefinite fasts and Bölek’s fast lies in their contrasting philosophies of protest, though the outward expressions look the same. It is Gandhi’s precise use of various modes of protest that has enriched the history of non-violent struggles, in contrast to isolated martyrdoms, like Bölek’s. We have lessons to learn from this.

When then the funeral pyre for Kasturba Gandhi was arranged in the Aga Khan Palace jail — she died in February 1944 after a prolonged illness — the jail superintendent told Gandhi that some sandalwood is in stock, and, whether Gandhi would mind if they use it for her funeral. Gandhi had a counter-question: How did the jail come to have sandalwood in stock? The superintendent replied, “We arranged for it when you were on hunger strike the last time.”

Gopalakrishnan is a Delhi-based writer 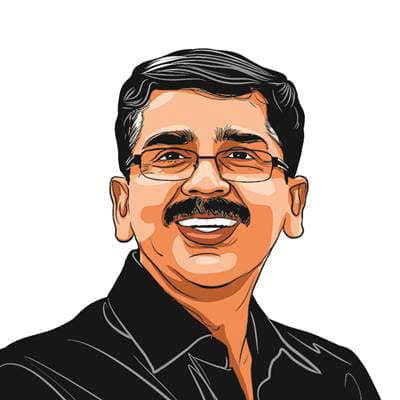