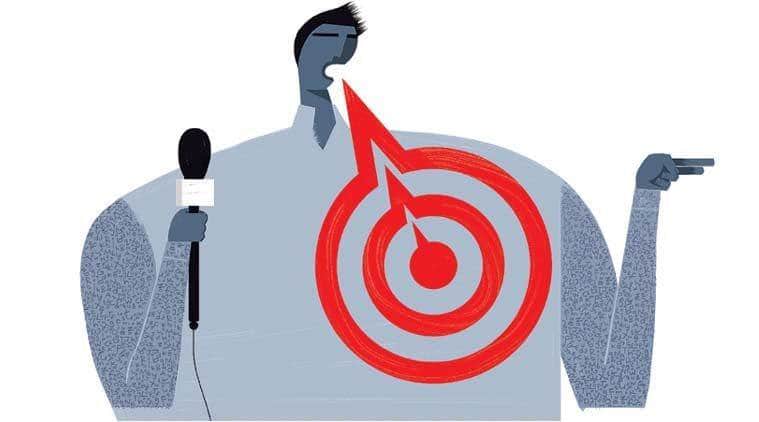 The role of the Indian press during the Emergency, imposed at midnight on June 25-26, 1975, by then Prime Minister Indira Gandhi, has been discussed in detail. But the little-known fact is the foreign press played an important role by highlighting how democracy was getting throttled by Indira Gandhi, her son Sanjay and the Congress.

Initially, on the night of June 25-26, most of the foreign press members in Delhi thought martial law had been imposed. The result was that Jonathan Dimbleby of the Sunday Times took the first plane out of Delhi and landed in Addis Ababa to file his despatch about the rapidly developing situation in India.

The first foreign casualty was the correspondent from The Washington Post, who was expelled from India four days after Emergency was imposed. The correspondents from The Times (London), Daily Telegraph, Newsweek and Far Eastern Economic Review had to leave the country within the next few days as they refused to adhere to “Press Censorship Guidelines” and the diktats issued by the Information and Broadcasting ministry, headed by Vidya Charan Shukla. The BBC also had to shut down its office in August, 1975, due to the lack of freedom to report. Some Indian representatives of the foreign media organisations suffered even worse. Not only were their accreditations were cancelled, one of them, K R Sunder Rajan, was detained under the draconian Maintenance of Internal Security Act (MISA).

The foreign correspondents were treated roughly by the government and many of them had to leave India. An article, published on July 31, 1976, in The Guardian titled ‘A rough Passage from India’ begins with an editorial note: “A month ago Christopher Sweeney went to New Delhi on behalf of the ‘The Guardian’ and ‘The Economist’. This week he was obliged to leave under the threat to his physical safety. Here he details his treatment by the Indian authorities.”

Sweeney gave an account of his experience: “… I came under obvious suspicion within days of my arrival in the country (India)… After arranging meetings by telephone, odd characters would turn up to observe who I was seeing each morning, others would be waiting in red settees in the entrance of the Delphi Hotel. People I spoke to openly would be later stopped and questioned. At least twice my hotel room was broken into and searched…” Sweeney further recounted: “When I complained of the continued harassment by Government agents and asked Mr Haksar (A N D Hakasar was the chief government spokesperson) to explain why it had been necessary to organise breakings to my hotel rooms, he replied that unless I left the country, as soon as possible, there would be a ‘further prospect of physical inconvenience’.”

Despite such hostility, the foreign press continued to send despatches that highlighted two important things — the communists’ support to the Emergency and the stellar role played by the Rashtriya Swayamsevak Sangh (RSS) and its ideological offshoot in politics, Bharatiya Jana Sangh. In January, 1976, The Economist published an article titled ‘Yes, there is an underground’. The article mentions, “The shock troops of the movement largely come from Jana Sangh and its ideological affiliate, the RSS, which claim a combined membership of 10 million (of whom 80,000, including 6000 full-time party workers, are in prison).”

Highlighting the pro-government role played by the communists, The Guardian wrote in August 1976 in an article titled “The Empress Reigns Supreme”: “…Pro-CPI (Communist Party of India) journals in India are being given some latitude by the censors because the party is in favour of even stronger measures to suppress the non-communist opposition.” The same article also highlights how the Indian government was pressurising King Birendra of Nepal to hand over some of the RSS members who were running the underground movement against the Emergency from Nepal. The article, quoting a source close to the Nepalese embassy in India said, “…Kathmandu will never hand over to the Indian government members of the Rashtriya Swayamsevak Sangh (RSS)… banned by the Gandhi regime shortly after the promulgation of Emergency.”

It is clear that the saga of struggle against Emergency would never be complete without recognising the role of foreign press during that era. The country will remain indebted to them for their contribution towards saving Indian democracy.

(The writer is CEO of Indraprastha Vishwa Samvad Kendra. Views are personal)