The Caliph Of The Court 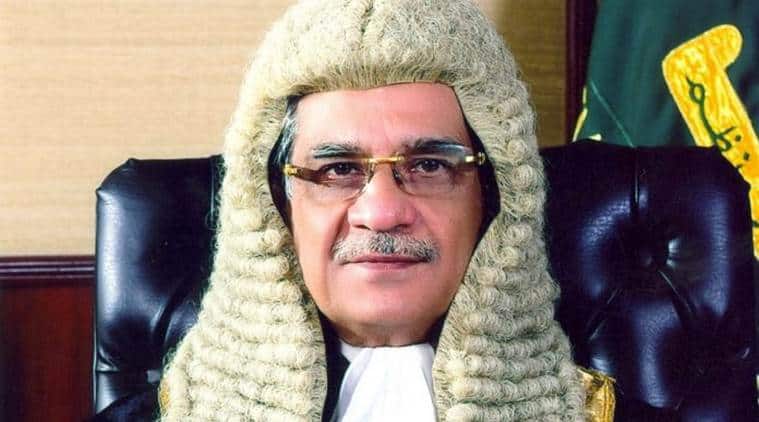 In Pakistan, judges at the top of the judiciary have a way of going berserk, taking seriously Islam’s “justice on the street” legend about the caliphs of Baghdad. When this happens, the dubious practice of “suo motu” gets out of hand: The judge, instead of worrying about his backlog, creates new cases on his own and absents himself from his real job. Pakistan suffered the suo motu psychosis of the Chief Justice of the Supreme Court Iftikhar Chaudhry (2005-2013) and the state had to pay damages abroad because Chaudhry, heady with false charisma, rescinded foreign contracts. The lawyers who had supported him in his row with the government lived to regret their stupidity.

Chief Justice Saqib Nisar (2016-2019), watching the theatre of the absurd, of suo motu, of his predecessor, thought he could actually improve on the Caliph of Baghdad’s act. He wanted to leave a blazing legacy, but left the reputation of the judiciary in tatters. His main “achievement” pertains to the Basha Dam.

Justice Nisar paraded around, collecting “dam funds” and toured the UK to lobby expat Pakistanis. The dam is estimated to cost $14 billion. One estimate indicates that Nisar collected Rs 9 billion but cost the government Rs 13 billion in publicity ads.

Justice Nisar took cover behind Article 184 (3) of the constitution, which empowered him “to act in matters of public importance involving fundamental rights”. The dam is a bit of a stretch and may take a long time — and a lot of money that Pakistan doesn’t have — to build. But his Basha shenanigans went on: A member of the Sindh Assembly was asked to deposit Rs 3 million in the dam fund for assaulting a citizen. Nisar asked a cement factory to deposit Rs 100 million in a case involving environmental damage to the temples of Katas Raj in district Chakwal, which did nothing to restore the Hindu temples.

As the backlog of cases at Justice Nisar’s court mounted — from 38,129 in 2017 to 40,254 in 2018 — and the litigants whimpered in protest, he started favouring lawyers who sought long adjournments in return for — guess what — donations to the dam fund. Cases cited in the press included upscale housing billionaire Malik Riaz who was asked to chip in with “tens of billions of rupees”; and the Khokhar brothers accused of land-grabbing in Lahore, who had to cough up Rs 100 million. He went on his fund-raising binge and was often flanked by Prime Minister Imran Khan himself. As he circulated like the legendary Caliph of Baghdad, he thought he should give himself a name reflecting the “blessing” he was proving for the Pakistani masses. He chose the funny nickname, Baba Rehmata.

Some lawyers — not all, because most of them are deeply religious — noted that he was going overboard with his blending of ideology with nationalism. One instance often cited was what he said in a speech in Quetta: “Sir Syed Ahmad Khan was probably the first thinker who conceived the two-nation theory, that there were two nations; one was Muslims and the other — well, I don’t even want to utter the word.” He preened over downgrading the Hindu community, protected as equal citizens by the constitution he was supposed to uphold.

Some judges in the higher judiciary didn’t like what Nisar was doing. It is difficult to say whether they really objected because Nisar was legally out of bounds or simply because he looked ridiculous. One judge was Justice Qazi Faez Isa, whom he removed from a hearing midway for questioning his exercise of the suo motu. Unfortunately, Justice Isa is today facing dismissal at the Supreme Judicial Council after a reference by the Imran Khan government. You have to pay for not being the Caliph of Baghdad.

Then, on June 28 came the curtains. Three events planned in London with former chief justice Saqib Nisar and a federal minister failed to go ahead “for lack of interest”.