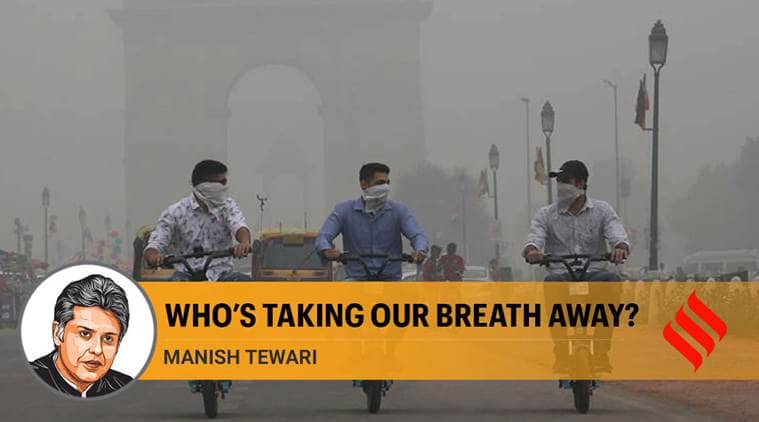 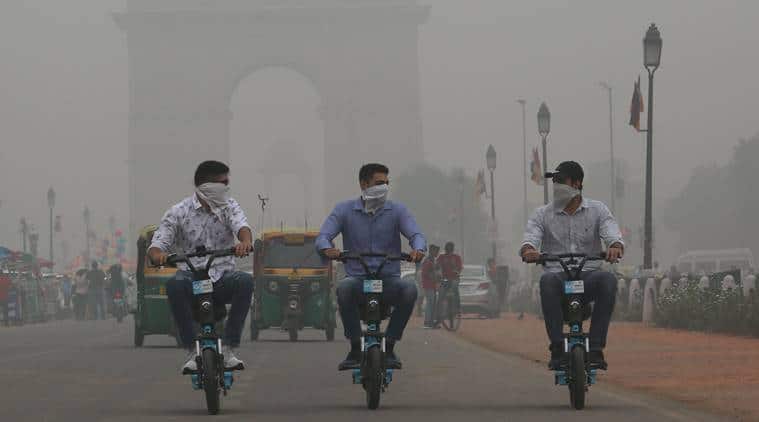 Air pollution, now a public health emergency, is not a problem unique to Delhi. As per the World Health Organisation, 14 of the 15 most polluted cities in the world are in India. Nearly all of them are in the Indo-Gangetic Plain — in Uttar Pradesh, Bihar, Punjab and Haryana. However, air pollution goes beyond state borders and political divisions. Reflecting the seriousness of the issue, the country recently witnessed both Houses of Parliament deliberating on air quality and climate change at length. This recognition by Parliament has been long overdue and is welcome.

Let us first raise an obvious question. When air pollution touches these severe levels every year in Delhi and other cities like clockwork, why must the Supreme Court give instructions on what steps the Union or state governments need to take? It is because the elected government did not take adequate steps. It is because the legislature did not raise its voice. The courts, often blamed for their activism, have only filled up the void left by an indifferent political executive.

Many cities in the world have experienced high pollution levels, and have made substantial progress with sustained effort. Beijing is a case in point, which adopted an intensive air pollution control strategy in 2013 — by the end of 2017, levels of dangerous fine particulate matter (PM2.5) had reduced by 35 per cent. As per a report by Climate and Clean Air Coalition, “most of this reduction came from measures to control coal-fired boilers, providing cleaner domestic fuels and industrial restructuring”. If Beijing and other cities across the world affected by pollution can make such progress, why do we lack the intent or the resources to do the same?

In January 2019, the Union government launched the well-intentioned National Clean Air Programme, but provided a financial outlay of merely Rs 300 crore. This paltry funding will not clean the air in our country. The Centre needs to back announcements of action plans with funding that is proportionate to the magnitude of the problem, especially when states like Punjab are bereft of funds.

Like in Beijing, the government needs to take greater strides in controlling emissions from large sources like industries and power plants burning coal, and not dither from enforcing pollution norms within clear and aggressive timelines. Within Delhi-NCR, there are 10 thermal power plants that are yet to comply with the environment ministry’s standards from 2015, despite the deadline of December 2019, barely weeks away.

It is also important to strengthen the Air Act of 1981. The Act should better reflect the impact of air pollution on public health and empower pollution control agencies with teeth and resources. Further, a new standing committee for air pollution and climate change should be created to facilitate regular parliamentary oversight on policy efforts.

Finally, we need to ensure that we tackle each of the major sources of air pollution, including sources like motor vehicles, industries, power plants, brick kilns, municipal waste burning and construction dust. Endlessly blaming stubble-burning from the neighbouring regions for Delhi’s air pollution will not serve any purpose. They must be provided adequate financial incentives to manage the stubble that remains after harvesting. If we treat voiceless farmers as criminals, you support neither Indian farmers nor Indian agriculture. As a representative from Punjab, it was heartening to see MPs across party lines, in both Houses, agree that while stubble burning is an important episodic source of air pollution, there is absolutely no justification to make farmers scapegoats for the failure to address other major sources of air pollution.

Fittingly, the Lok Sabha debate on air pollution and climate change fell on the 102nd birth anniversary of former Prime Minister Indira Gandhi. Long before these issues became fashionable, she had made an impassioned speech at the 1972 Stockholm summit on the deep linkages between environmental protection and poverty alleviation. We need that kind of visionary leadership and political commitment if we are to deal with the public health emergency that is air pollution.

This article first appeared in the print edition on December 4, 2019 under the title ‘Who’s taking our breath away?’ The writer is an MP and Congress spokesperson. Views are personal.

Ringing in the new

No explanation can satisfy CAA suit: Kerala Governor after meeting with chief secy

Bengal to take up resolution against CAA in House: Mamata Banerjee

BJP leader: Can't enforce CAA just because we have numbers