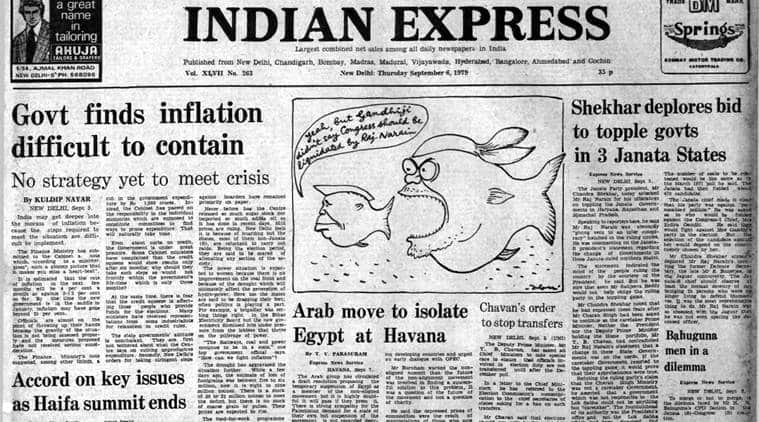 India may get deeper into the morass of inflation because the steps required to meet the situation are difficult to implement. The finance ministry has submitted to the cabinet a note which, according to a minister, gives “such a gloomy picture that it makes you miss a heart-beat”. It is estimated that the rate of inflation in the next few months will be 4 per cent a month as against 2.5 per cent so far. By the time the new government is in the saddle in January, inflation may have gone beyond 25 per cent. Officials are almost on the point of throwing up their hands because the situation is not being assessed properly and the measures proposed have not received serious consideration.

An emergency meeting of the Indian Red Cross Society executive committee is to be held on September 6 to discuss a report submitted by the Central Vigilance Commissioner, M G Pimputkar, alleging large-scale bungling of relief material and manipulation of the society’s accounts during the Bangladesh relief operations of 1971-72. Criticism of the Red Cross’ role during the relief operations has been voiced both in the press and Parliament, but up until now the Red Cross authorities had ignored the accusations. However with the submission of the report, it becomes difficult for the society to continue its ostrich-like stand.

Kings, princes, political leaders and diplomats from various parts of the world attended the state funeral of Lord Mountbatten of Burma, who was killed off the Irish coast on June 27 by a bomb planted in his boat by Irish terrorists. India was represented by Vice President Mohammad Hidayatullah, the acting high commissioner, I P Singh, and his wife, and some 50 personnel of the Indian Army who are in London on a training programme. G S Dhillon represented the Congress (I).