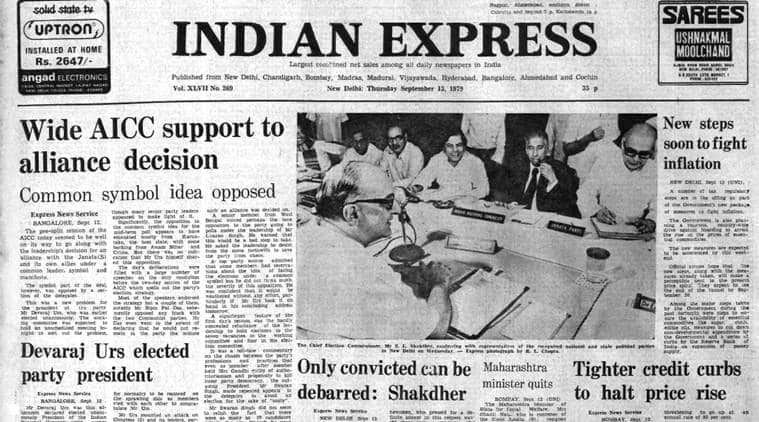 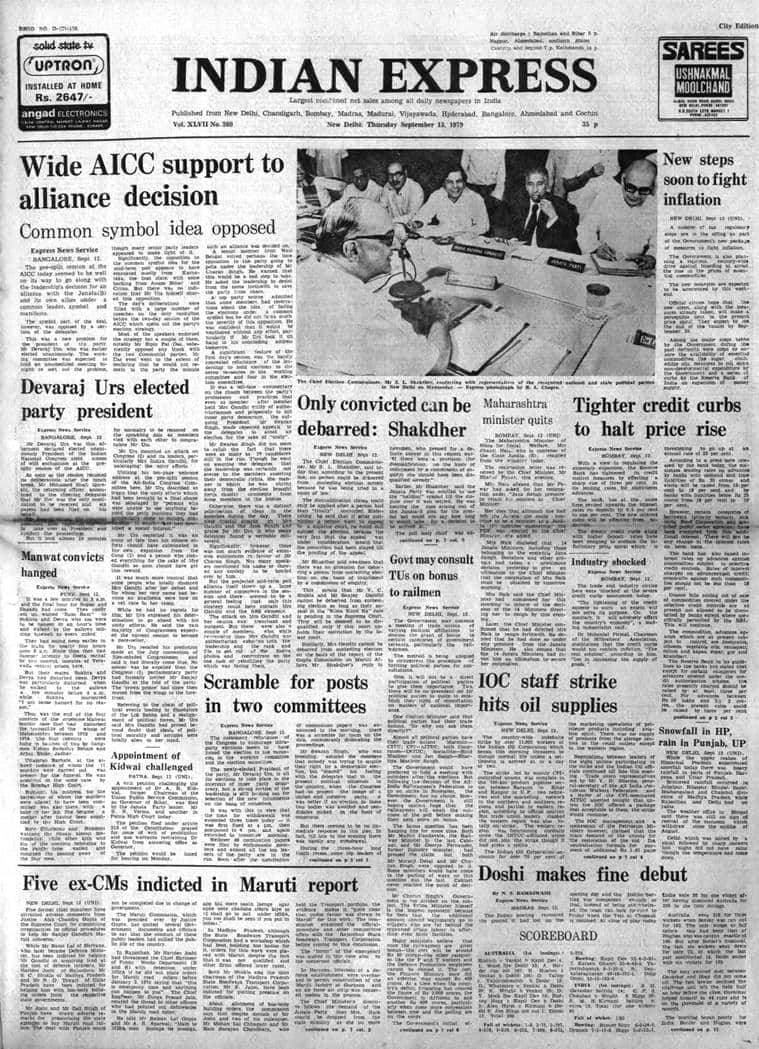 Devaraj Urs was declared elected, unanimously, president of the Indian National Congress at the pre-split session of the AICC. As soon as the session resumed its deliberations after the lunch break, Mohamed Shafi Qureshi, the returning officer, announced to the cheering delegates that Urs’ was the only nomination to be received and six papers had been filed on his behalf.

Maruti Report
Five former chief ministers have attracted adverse comments from Justice Alak Chandra Gupta of the Supreme Court for committing irregularities in official procedures to help Sanjay Gandhi’s Maruti concerns. While Bansi Lai of Haryana has been indicted for helping Sanjay Gandhi acquire land at the cost of defence interests, Harideo Joshi of Rajasthan, S C Shukla of Madhya Pradesh and N D Tewari of Uttar Pradesh have been indicted for helping him with bus-body building orders.

Election Laws
Chief election commissioner S L Shakdher said according to the law, no person could be debarred from contesting elections merely because he was being tried in a court of law. The disqualification clause could only be applied after a person had been “finally” convicted. Elaborating, he said that if after conviction a person went in appeal to a superior court, he could still contest the election because the very fact that the appeal was under consideration meant the conviction had been stayed till the pending of the appeal.

IOC Workers’ Strike
The country-wide strike by over 11,000 workers of the Indian Oil Corporation threatens to disrupt normal life unless a settlement is arrived soon. The strike, led by mainly CPI-controlled unions, was complete in the 700-km product pipeline sector: Between Barauni and Kanpur, two refineries and the marketing network in the northern and southern regions.