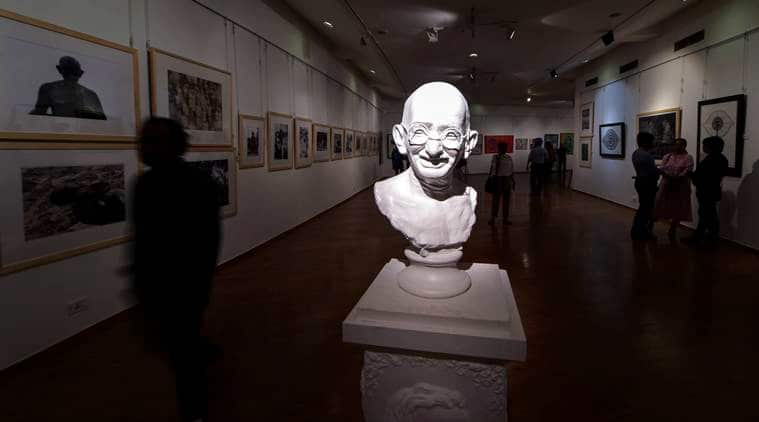 Yesterday, millions of Indians around the world honoured one of the greatest figures in Indian history — Mahatma Gandhi. His struggle for equality, his support of the poorest and his non-violent protest for India’s independence not just paved the way for modern India, but also served the greater global good by setting new standards for civil, social and economic rights. So many countries now treat these standards as fundamental basic rights that all citizens and society must enjoy.

How should we honour Gandhi in the year of his 150th anniversary? It is not an easy question. Particularly as I represent the country against which Gandhi spent a large part of his life rebelling. Of course, the best answer is not found in words but in deeds, supporting causes and communities that he fought hard to defend.

My team at the British Deputy High Commission in Gujarat had the pleasure of visiting the salt worker (Agariya) community in the Rann of Kutch earlier in the summer. The Agariyas are often forgotten souls who pan the salt in the most remote corner of Gujarat, working in the most inhospitable conditions. It is back-breaking work. They carry freshwater by hand 20 km into the desert. Cars, bikes and cycles cannot make it through the salt mud. There are no roads, only tracks which the line of salt workers have made with their feet. Walking on the salt damages their skin terribly. They have calluses and sores and many suffer badly from skin cancers, eye damage and tuberculosis. Life expectancy for the community is rarely over 60. They do all this for a tiny amount. One of the Agariya women, Rudiben, told us that she started working for Rs 5 a day.

We have been working with the Self Employed Women’s Association (SEWA) to improve the lives of women across the state. SEWA defends and supports women, especially from the poorest communities. They have over two million members, all volunteers. Their story is an example of Gandhian philosophy that is alive and well today and it makes them an ideal partner to work with, especially in honouring Gandhi.

We all remember that Gandhi’s famous salt march in 1930 against the British drew attention to the plight of the salt workers of Gujarat and the Agariya community. SEWA explained to us that many of the salt workers are trapped in a modern form of tied labour, incurring debts that they can never hope to repay. Since their existence is often hand to mouth, they needed to borrow money to pay for medicines, extra food and their children’s education. The nearest school is many miles away and there is no transportation. The salt traders loan them money in return for future earnings from panning the salt. And so in the next salt season, in order to pay back their debts, more money has to be borrowed. The same cycle continues year after year.

SEWA realised that one way to help the Agariyas would be to provide loans and support to these women to use solar powered pumps instead of diesel pumps. Since they do not have to buy expensive diesel, and the sun is free, the Agariya families have a way to save money to pay off their debts. Over 1,100 Agariya families now have a solar panel installed. For the first time in generations, they have a chance at financial independence. They have been taught how to manage basic finances. Each of them now owns a solar panel and has money to buy medicines, extra food and can afford to keep their children in school.

SEWA asked us to help by training some of the younger Agariyas to manage and maintain the solar panels. We provided training courses so that simple repairs and maintenance could be carried out by young girls. Along with solar panels came Wellington boots. Rudiben told us that the help from SEWA and the UK has made an important difference in their lives. Gandhi’s legacy lives on in the spirit of those who continue to support the poorest, who struggle for equality and who work for inter-communal harmony across society. We are pleased to have played a small part in honouring Gandhi on the occasion of his 150th anniversary and in upholding his values as an enduring force for good.

This article first appeared in the print edition on October 3, 2019, under the title ‘A legacy, in a salt pan’. The writer is British Deputy High Commissioner, Ahmedabad