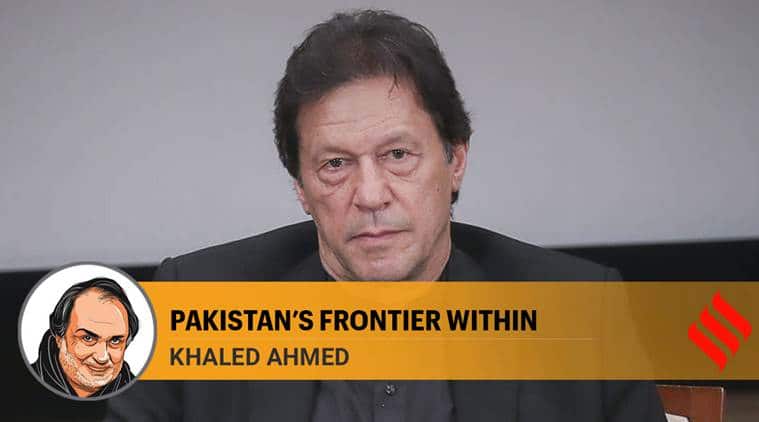 The recent standoff between the ruling Pakistan Tehreek-e-Insaf (PTI) government of Imran Khan and the Supreme Court of Pakistan has served to highlight the “problem areas” of governance. That Khan is aggressive and near-abusive about his opposition is known, but he has also come up against the wall of past trespasses of the Pakistani state.

Pakistan has two fundamental flaws: The first relates to the instability that hounds most Muslim states; and, the second, non-centralisation of the state — somewhat like Afghanistan — that prevents Pakistan from becoming a “normal state”.

This takes us back to the first decade of Pakistan’s independence when it was decided to retain its “tribal areas” in hopes of “saving” the “culture” of their inhabitants. (The “tribals” regretfully were then sent into Kashmir as invaders.) Today, after 72 years of the evolution of the state, almost 60 percent of Pakistan’s area is outside the normal writ of the state. In 2017, the much-delayed “merger” of the tribal areas of the north into the “frontier” province of Khyber-Pakhtunkhwa took place. But problems still remain from the warlord-driven past and must be resolved through dialogue with such organisations as Pakhtun Tahaffuz Movement (PTM).

The tribal areas of the north — called “agencies” — were open to infiltration because their borders were open. The state allowed the Afghan Taliban and al Qaeda to plant camps there. The local Taliban joined them and established their own rule that ultimately clashed with the state sovereignty. The control enjoyed by these elements was facilitated by a lack of infrastructural development.

The tribal areas were “federally” administered but there were some like the valley of Swat administered by the province of Khyber-Pakhtunkhwa. In time, Pakistan lost its writ in these territories as well to terrorists like Osama bin Laden and Ayman al-Zawahiri who lived freely there contracting marriages — euphemism for copulation — with many local wives.

The “tribal” province of Balochistan has been restless since 1973 when Pakistan had to “invade” it to put down “rebellion”. The province was backward in all respects: There was no police, no normal courts and no law and order in the province except in Quetta, the capital. In 1990, Balochistan abandoned the jirga system and had to wait till 2019 to have police on its territory. In June 2019, three districts of Balochistan were converted into ‘A’ areas (with police) from ‘B’ (without police) areas. Pakistan discovered gas in the province and wastefully “piped” it to households in the rest of the country till it was quickly exhausted.

In reaction, there was an uprising of the Baloch which was brutally put down till the judiciary became concerned about its “disappeared” people. Like the tribal areas, Balochistan’s borders too are open to penetration. Today, it is the “tribal” western border that is vulnerable, not the “non-tribal” eastern one. Pakistan needs to dialogue with the Baloch “liberation” organisations that demand rights but are being hunted down.

The feudal region of Sindh province, ruled by the “wadero” aristocracy, is also without a normal writ of the state needed to uplift the poor masses living without adequate health and education facilities. Since the “wadero” politicians get elected to Sindh assembly through their captive votes in the interior and live in Karachi, the dirt-poor masses are frequently subject to famine-like conditions. The region of Thar in Sindh has its children dying of starvation simply because it is inhabited by almost half of the Hindu population of Pakistan.

This article first appeared in the print edition on January 18, 2020 under the title ‘Pakistan’s Frontier Within.’ The writer is consulting editor, Newsweek Pakistan