OPINION | PM Modi's 'Veshti' Way to Winning Hearts, Much More to Mahabalipuram than Meets the Eye 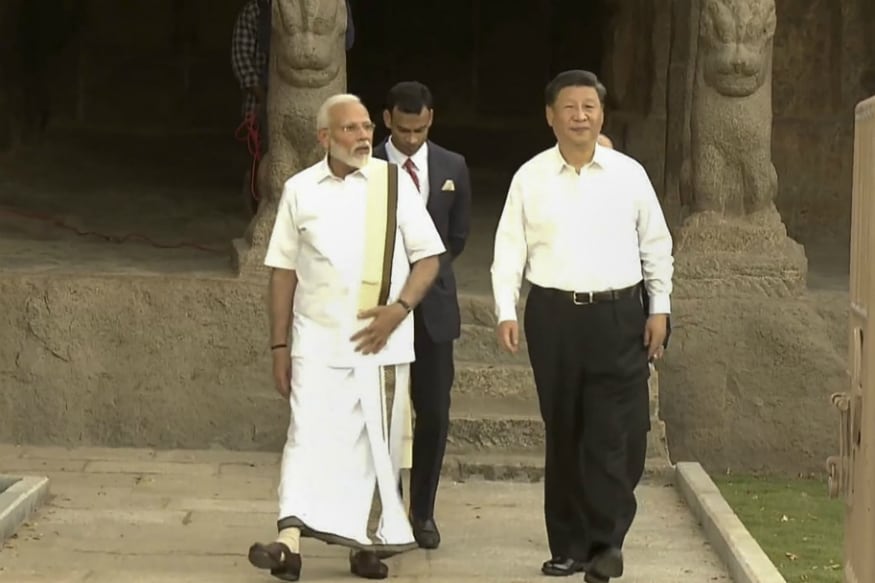 How does one break into a state that has been politically numb to the country’s single largest party’s overtures? While the rest of the country is swayed by the “wave”, this state always bucks the trend.

Strongly rooted in beliefs and perceived to be aligned to my ideology, loves “icon” politics but looks away from the tallest political icon currently in India?

The Tamil Nadu conundrum has forever been a challenge for the BJP, much like Kerala. Since its ascent to power in 2014, the BJP has constantly tried to endear itself to Tamil Nadu.

The story thus far has been of “one step forward, two behind”. AIADMK leader and former chief minister J Jayalalithaa’s demise opened a window of opportunity. However, the twists and turns in the state’s politics thereafter saw the BJP and its central leadership oscillate between messiah and meddler.

For decades, the BJP has made multiple efforts to find a foothold in the state, with limited success. Prime Minister Narendra Modi, along with Amit Shah, are now in mission mode to change that. Soon after its overwhelming landslide win in the Lok Sabha elections this year, the party’s focus, with the two at the helm, has been to make an impression and win over the electorate of Tamil Nadu and Kerala. If Mission 330 in 2024 has to be achieved, inroads in the two states have to be made.

Modi is attempting to kill multiple birds here with the Mahabalipuram meeting with Chinese President Xi Jinping. Internally, get closer to the people of Tamil Nadu and get them to “warm up” to him and the BJP. Politically, show the opposition that he is not afraid to take a challenge head on. Globally, showcase India’s ability to engage with two superpowers. If Modi was in Houston just two weeks ago with US President Donald Trump, he is in Chennai with Xi with similar informality. Xi is making an exception for Modi… what started with Sabarmati continued into Wuhan and now extends to Mahabalipuram.

Also, a certain pesky neighbour will be worried. China’s treatment of Imran Khan and Pakistan is very different compared to Modi and India. There is a lot of nervousness around this meet in Pakistan. No wonder the deep state in Pakistan was trying to “virtually” engineer plenty of noise around the meet.

Try as they may, it is Modi who has succeeded. Its poll season in Maharashtra and Haryana and even the electorate there will be watching this. It is bound to help the BJP’s cause. Modi is miles ahead of the competition. The optics will also bear political dividend. Now to see the real outcome of the delegation-level talks. India-China is a complex relationship. If Mahabalipuram takes us, as a nation, a step closer to shaking off the ghost of 1965 and gives us the confidence to stare the “Dragon” in the eye and deal with it on an even keel… here’s to many more such “cultural” outings.