On the loose indecent proposal 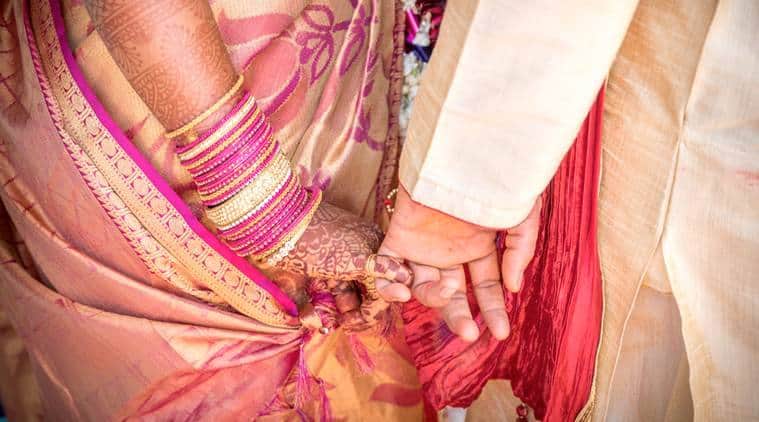 While large numbers of Kashmiris continue to suffer the inconvenience of a communications blackout amid an uneasy calm, some leaders have interpreted the historic move of the scrapping of Article 370 with what can only be described as an (alarmingly) unique perspective. BJP MLA Vikram Singh Saini from Khatauli in Muzaffarnagar, Uttar Pradesh, welcomed the centre’s decision by saying at a rally, “Aur jo Muslim karyakarta hai yahaan par, unko khushi manani chahiye… shaadi wahan karo na, Kashmiri gori ladki se.” (The Muslim here should be happy because he can now marry a fair Kashmiri girl.) Haryana Chief Minister ML Khattar also referred to Kashmiri women obliquely at an event when he referred to the ‘Beti Bachao Beti Padhao’ initiative to counter the dismal sex ratio in his state. Talking of how they had to import girls from Bihar as brides, Khattar said, “Now that Kashmir has been opened, we can bring girls from there. Jokes aside, if ratio is fine, then there will be balance in society.”

Of course it is every Kashmiri girl’s dream, after a childhood spent in the shadow of militancy, to make the dusty hamlets in UP and Haryana their home as adults. Mr Khattar’s idea of a joke is problematic because contrary to popular rhetoric, there was no law preventing girls from J&K from marrying outside their state. No offence to the men from UP and Haryana, but if those marriages weren’t taking place all these years, one must account for the possibility that the fair maidens of Kashmir aren’t exactly ecstatic about their future prospects in these states. Saini may think it’s a step up for the women of J&K to trade in the turmoil of insurgency for an atmosphere rife with casteist chauvinism. His statement of casual misogyny echoes the shaky historical practice down the ages, that women must fall in line with the choices made by men for them. Considering how much has happened in the nation in the last two weeks, it is frustrating that the conversation on Kashmir by elected leaders wound back to one held in every Indian household at some point: marriage.

It is a truth universally acknowledged (in India) that if you have reached adulthood and are not married, you have failed or have some disability, and must forever be okay with any random person questioning your lack of motivation towards the hallowed institution. This obsession with matrimony is countrywide, perhaps because over centuries, conquering armies from Alexander’s time carried away women, contributing to the notion that they are a commodity that comes with new territory. In ancient India, the policy of matrimonial alliances was an accepted one. Both small and big kingdoms expanded their base via marriage, using women in the family to achieve their political objectives. It’s no wonder then marriage in India is a state matter — it shows in our laws. You can marry at 18, before you can legally procure a drink at a bar at 25.

In the hilarious book Are You Experienced? released sometime in the ’90s, writer William Sutcliffe noted this peculiar phenomenon. About a British teenager travelling across India in his gap year and discovering that its subcontinental reality is a little more complex than either ‘India, land of spirituality’ or ‘land of the happy poor’, he had a hard time understanding why there was just one question everybody asked him — from a co-passenger on a train to the youth hostel owners he encountered — are you married? Earlier this year, Google India took a rare dig at its India users when they launched their version of Siri, Google Assistant. GA, active in English and Hindi, was inundated with 4.5 lakh marriage proposals from India. Utterly perplexed, they asked seriously on their Twitter handle: “We really really want to know why you ask Google Assistant to marry you.” There is no correct answer to this question other than — it’s just what Indians do.