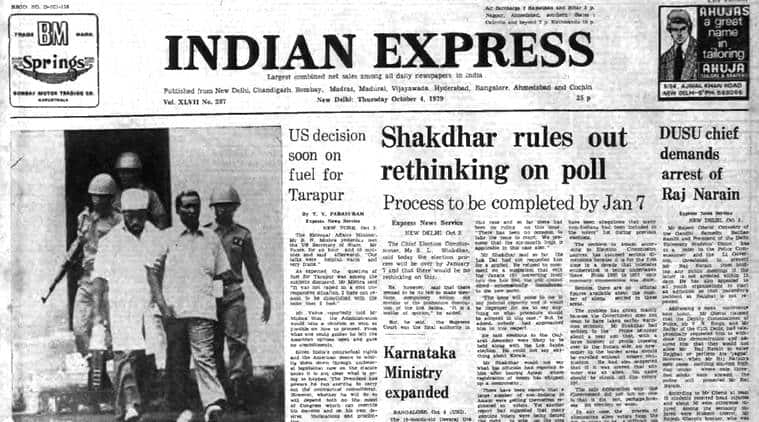 The possibility of a secret electoral understanding between the Janata Party and the Congress (I) is not ruled out at least in one state, Kerala. The possibility will become a certainty once an alliance is forged between the state’s ruling alliance and the Marxists. A secretary of the state Janata party said that everyone was of the view that it should try to secure more representation in the Lok Sabha even if it meant an understanding with the Congress (I). Interestingly, he disclosed, this view is held by the members of the erstwhile Jana Sangh more than any other group. Their main objective is to array all possible forces against the CPM, which they regard as a prime enemy.

Famine may be faraway in Madhya Pradesh but vultures have already arrived — vultures in human form, who feed on human misery. The politicians are trying to make political capital out of “the worst drought of the century”, which has been officially compared to the great famine of 1896. Labour contractors are exploiting cheap labour. Traders and hoarders, largely responsible for the sky-rocketing prices, are making huge profits. In response, some bureaucrats are planning foreign tour to “negotiate” the purchase of drought-fighting equipment.

The threatened country-wide agitation by the officers and workmen of the Oil and Natural Gas Commission, beginning with mass casual leave on October 9 and strike from October 15, was deferred following “negotiations” between the officials’ association leaders and the petroleum minister, A Bala Parjanor. President of ONGC Association of Scientific and Technical Officers, A K Dixit, told newsmen that an agreement on their long-standing demands including retaining the existing pattern of dearness allowance and implementation of the newly-revised personnel policy, was reached at their talks with Parjanor.