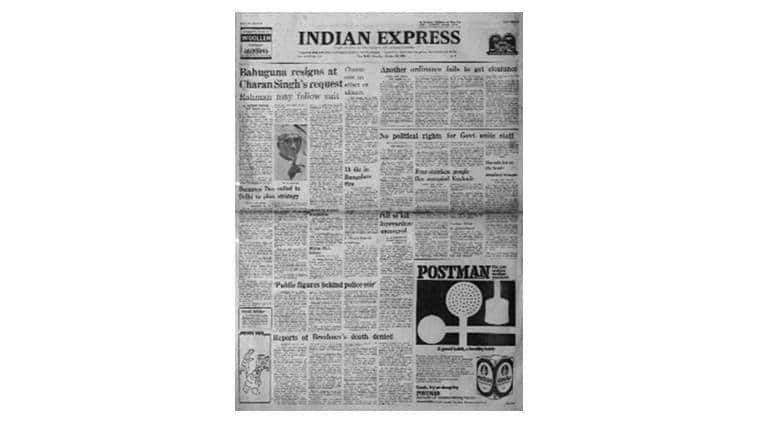 H N Bahuguna has resigned from office at the prime minister’s asking. Charan Singh’s letter demanding the resignation of the finance minister reached his residence at 4.35 pm and Bahuguna wrote his resignation by hand before sending it to the PM within 10 minutes. Bahuguna was, however, surprised at Singh’s action. Bahuguna’s exit from the government may affect the fortunes of the Banarasi Das Government in UP. The support of the 28-member CFD group to the government is crucial.

Fear-stricken people from occupied Poonch area are trying to cross over to the Indian side, according to official sources. However, the Indian Border Security Force manning the Actual Line of Control is not allowing them to sneak in. Over 400 people have been seen coming near the Pakistan side of the border in Poonch. Youths are reportedly taking out anti-martial law processions in various parts of occupied Kashmir, but troops have chased them away.

While claiming a general improvement in the situation resulting from the four-day-old strike by the constabulary in Tamil Nadu, the state director-general of police, E L Stracey, charged that some public figures were urging the men of his force to continue their agitation. He said “appropriate action” was being taken against the persons concerned under Section 3 of the Incitement of Disaffection Act. He, however, declined to identify them. Asked whether any political party was involved, he said the public figures concerned did not belong to any particular party. Stracey reported a “steady and welcome change in the attitude of the striking policemen”. He said: “While quite a number of them are returning to duty, some others are expressing themselves openly against the strike.”

(The above was published in the October 20, 1979 issue. There was no edition on October 21 on account of Diwali.)