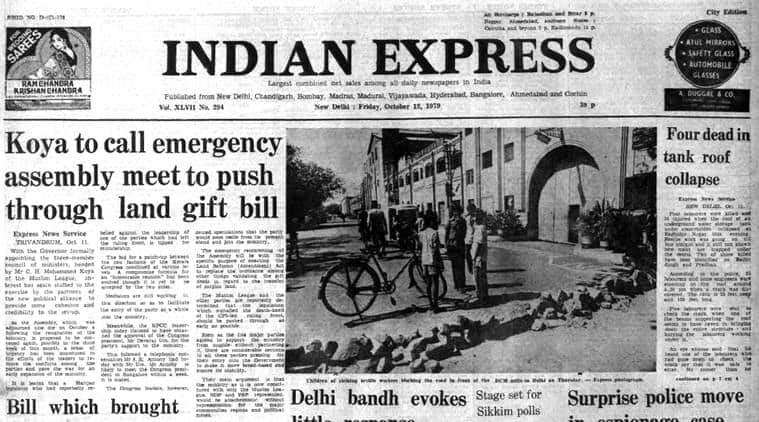 With the Kerala governor formally appointing the three-member council of ministers, headed by C H Mohammed Koya of the Muslim League, interest has again shifted to the exercise by the partners of the new political alliance to provide some cohesion and credibility to the set-up. As the state assembly, which was adjourned sine die on October 4 following the resignation of the ministry, is proposed to be convened again, possibly in the third week of this month, a sense of urgency has been introduced in the efforts of the leaders to remove the conflicts among the parties and pave the way for an early expansion of the ministry. It is learnt that a Harijan legislator who had reportedly rebelled against the leadership of one of the parties which had left the ruling front, is tipped for ministership.

The Delhi bandh, called by all the main central trade unions to express solidarity with the striking textile workers, was only partially successful. While industrial workers, bankmen and LIC employees mostly abstained from work, the supply of electricity, water and milk remained unaffected. The DTC bus service was normal and autorickshaws and taxis were freely available. Factories and small-scale units were closed as were Delhi University and Jawaharlal Nehru University. Most of the main markets including Chandni Chowk and Connaught Place were open.

The special branch of the Delhi Police has, in a surprise move, requested the Additional Chief Metropolitan Magistrate S M Agarwal to discharge the Calcutta businessman C A Martin, an accused in the espionage case which came to light early this year. Martin is a foreign national. Those arrested in the case included a junior government official, Joseph Mahaput. Two members of a diplomatic mission were “asked to leave the country”.