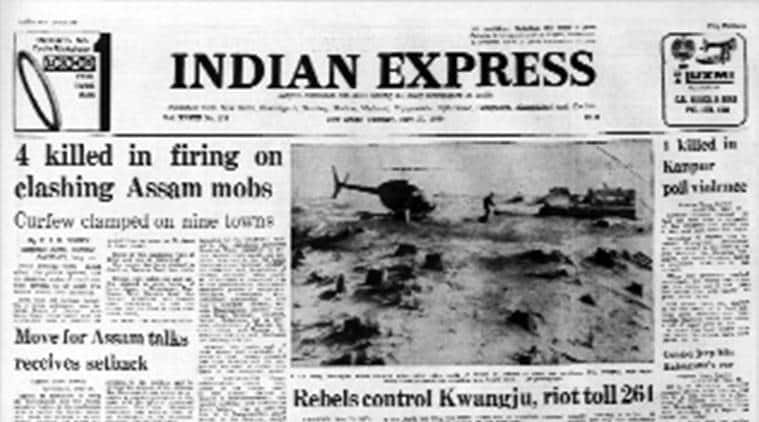 Three of the casualties were at Bijni and one of them was at Abhoypuri. One person has been stabbed to death at Barpeta road last night.

Four persons were killed when police opened fire on clashing mobs of rival student groups in at least two Assam towns this morning. More than 400 persons, including a dozen policemen, were injured. Scores of houses were burnt down, shops looted and innumerable cases of assaults were reported from as many as 24 places in lower Assam. Three of the casualties were at Bijni and one of them was at Abhoypuri. One person has been stabbed to death at Barpeta road last night.

Twenty leaders from various opposition parties and groups in Parliament have been invited by Prime Minister Indira Gandhi, for discussions on the Assam problem on May 31. Members of the cabinet committee on political affairs will attend the all-party meet. Mrs Gandhi had convened the meeting to make another bid to evolve an acceptable solution to the problem of foreign nationals in Assam. Mrs Gandhi is likely to seek the opposition’s views on the various suggestions which have been made about the base year for deportation and settlement of those identified as foreigners. Since the earlier all-party meeting had endorsed the government’s move to fix 1971 as the base year for identifying and deporting foreigners, it is felt that the opposition should be consulted if any change is to be made.

The battered South Korean city of Kwangju remained in the hands of anti-government rebels. The student leaders of the insurrection said that they wanted the United States as a “firm ally”to help mediate a solution to the crisis. “The US should exercise influence on the government,” the militants told reporters as the stalemate between them and martial law authorities continued for the fourth day. Student leaders also announced a new death toll from the three days of rioting last week, saying that they had collected a total of 261 bodies, of which 100 remain unidentified.