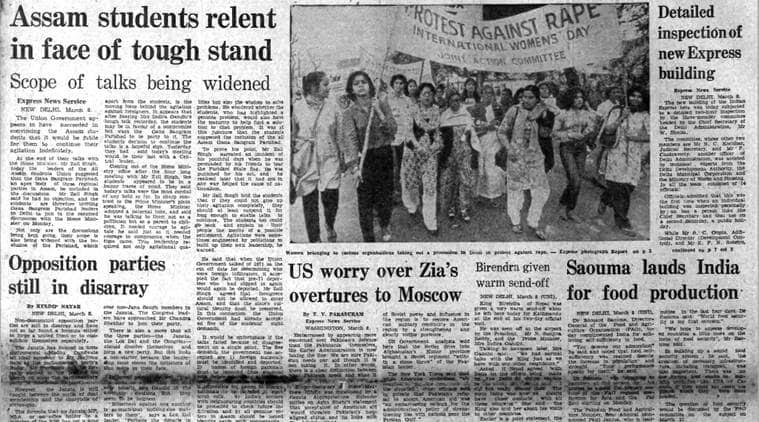 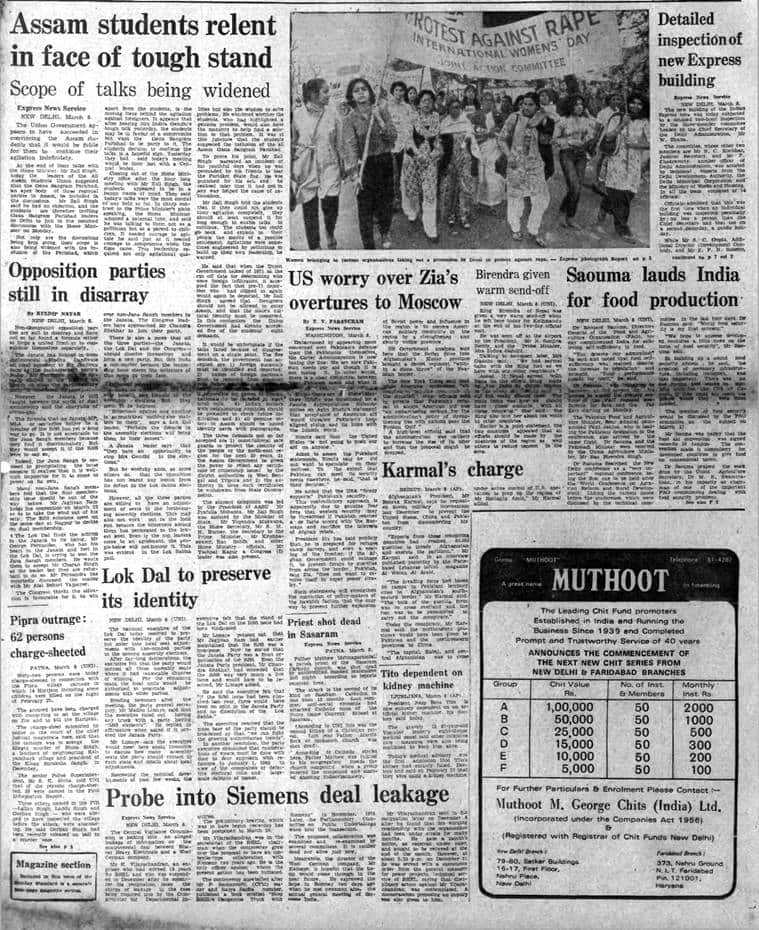 This is the front page of The Indian Express published on March 9, 1980.

The Union government appears to have succeeded in convincing the Assam students that it would be futile for them to continue their agitation indefinitely. At the end of their talks with Home Minister Zail Singh the leaders of the All Assam Students Union suggested that the Gana Sangram Parishad, an apex body of three regional parties, be included in the discussions. Zail Singh said he had no objections and the students are inviting Parishad leaders to Delhi to join in the resumed discussions with the home minister.

The national executive of the Lok Dal resolved to preserve the identity of the party but enter into local seat adjustments with like-minded parties in the coming assembly elections. After day-long deliberations, the executive felt that the party would contest all those assembly seats where it had reasonable chances of winning. For the remaining seats, the local units would be authorised to negotiate adjustments with other parties. Briefing journalists after the meeting, the party general secretary, Madhu Limaye, said that the executive ruled out having any truck with a partyhaving any truck with “RSS elements” . He replied in the affirmative when asked if his statement covered the Janata Party.

The new building o f the Indian Express in New Delhi was subjected to a detailed two-hour inspection by the three-member committee headed by the chief secretary of the Delhi Administration, W Shaiza. The committee, whose other two members are N C Kochhar, judicial secretary, and P Chakravorty. another officer of Delhi Administration, was assisted by technical experts from the Delhi Development Authority, the Delhi Municipal Corporation and the Ministry of Works and Housing. Officials admitted that this was the first time a building was inspected by a person with a rank as high as chief secretary.