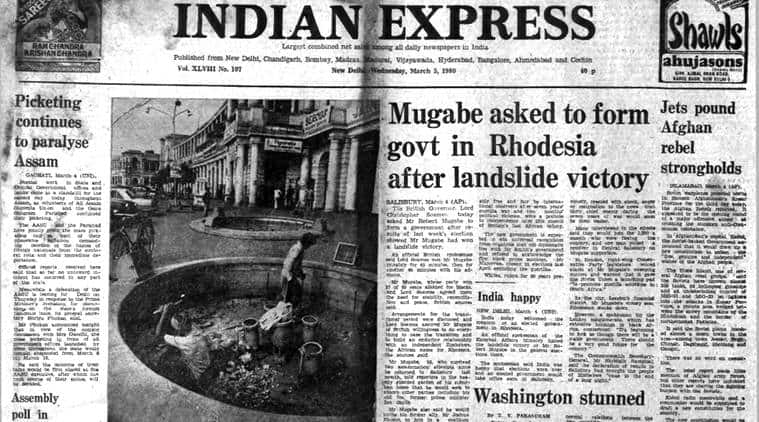 This is the front page of The Indian Express published on March 5, 1980.

Normal work in government offices and banks came to a standstill for the second day throughout Assam, as volunteers of the All Assam Students Union and the Gana Sangram Parishad continued their picketing. The AASU and the Parishad have jointly given the mass picketing call as part of their phase-wise agitation demanding deletion of the names of foreign nationals from the electoral rolls and their immediate deportation. Official reports said that so far no untoward incident has occurred. Meanwhile, a delegation of the AASU is leaving for Delhi on Thursday to response to the prime minister’s invitation for discussion on the foreign nationals issue.

With the Oil and Natural Gas Commission succeeding in finding commercial gas for Tanzania in the Island o f Songo-Songo, its area of activity now has spread to Africa. According to official sources, ONGC has been able to establish a commercially viable gas field in the island and is under contract to drill some more wells. With this, India joins a select band of countries which are doing exploration work for the developing world.

British Governor of Rhodesia, Lord Christopher Soames, has asked Robert Mugabe to form a government after results of last week’s election showed Mugabe had won a landslide victory. Soames met Mugabe privately for 45 minutes, then for another 45 minutes with his advisors. Mugabe, whose party won 57 o f 80 seats allotted for blacks, and Soames agreed for the need for stability.